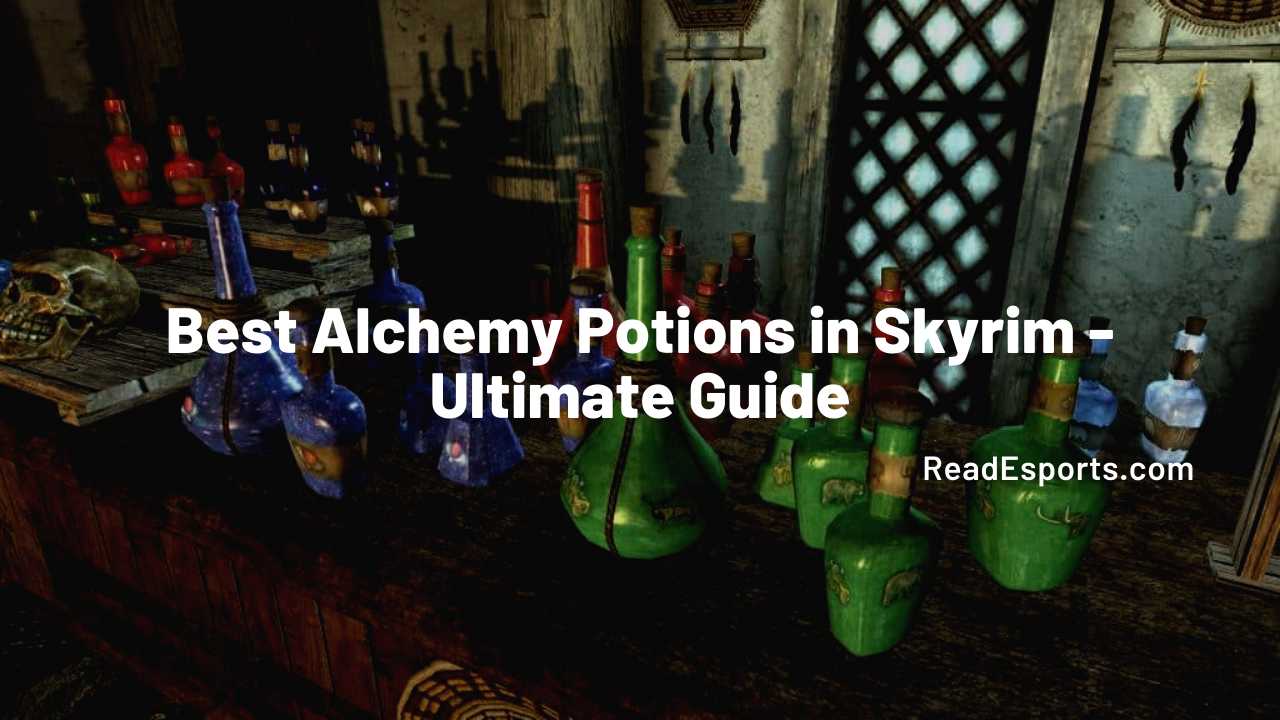 Skyrim is one of the unique video games that have successfully gained a preference among the players. The game was developed by Bethesda Game Studios in the year 2011. It is an open-world action role-playing gaming platform, which is mainly based on the story of the protagonist of the game- Dragonborn who is on a quest to defeat the evil of the game’s story.

Alduin is a world eater who has the motive to cause destruction and destroy the world by his evil actions. The game is set in the era of two centuries after the events of Oblivion. The place where the story is based is called Skyrim, which is located in the northern part of Tamriel.

According to the plot of the game, the players finish the quests and finds ways to evolve their character by enhancing their skills.

The game is still following the trail of the open-world tradition carved by its predecessors, which allows the characters to travel anywhere in the world of the game at any point in time.

The game even allows the players to avoid or delay the center storyline of the game indefinitely.

What is Alchemy in Skyrim?

Along with all the skills, Alchemy is affected by the Lover Stone and uniquely by The Thief Stone. According to the directions of the game, Alchemy is the art of producing effective potions to strengthen the character and poison to harm the enemy.

These potions and poisons are a combination of raw ingredients that are found in the game. Different ingredients possess unique qualities that provide some special abilities to the characters.

You can develop any potion or poison by combining these ingredients in the alchemy lab. The game, however, defines the alchemy much trickier than the other two crafting skills.

While in Smithing, the players automatically receive the recipe, and in the Enchantment skill, the various enchantments can be found by dismantling the items along with that enchantment.

Whereas, in the Alchemy skill there is no such shortcut that you can use directly to develop any potion or poison.

Players are actually required to hustle and find the alchemy recipes in the world of the game. Or else you can initiate to determine some of these recipes by using the layman’s favorite hit and trial method.

There are numerous different poisons and potions that can be seen in the Skyrim game. But the players also get a choice to get creative. They can create tons of distinctive potions and poisons of their own by using a variety of ingredients.

Therefore players are advised to be active while playing the game so they can collect more ingredients to experiment with.

Specific ingredients can be used to develop a concoction that possesses specific features and effects on the characters.

In the game, each ingredient constitutes four preset effects and each of these effects are labeled as “unknown” and is anonymous to the players until the player uses the alchemy lab to mix the ingredients to create a potion. 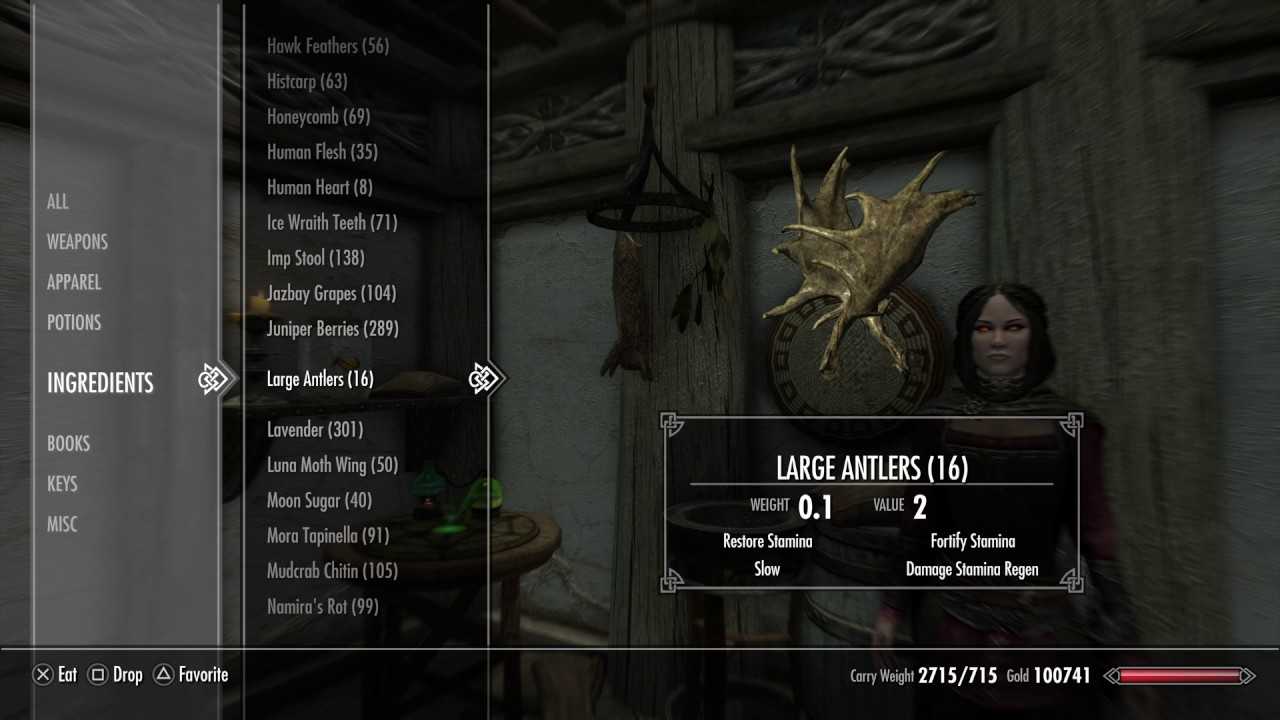 After mixing the ingredients with specific effects, the infused effects will permanently get disclosed for those ingredients, also some relevant or similar potions will be automatically included in the Lab’s menu to offer convenience to the player.

Eating the ingredient will immediately show the effect on the Dragonborn (the playable character).

However, the effects of these ingredients will have a temporary impact on the character, and all the four effects of an ingredient can be distinguished at once, although some ingredients like Jarrin Root may show some lethal effects if eaten, which directs to the point that experimenting with the ingredients is a safer option than eating.

The players in the game also get several opportunities to make their taste buds more efficient by winning rewards and perks during the quest.

To name one of such perks, the Green Thumb Perk helps the players to collect the ingredients more efficiently, however, it is quite difficult to fetch this perk in the game as it is found in the higher tier of the Alchemy perks.

In order to prepare Skyrim potions and poison, players need an alchemy lab to perform the experiments. These labs can be located in various areas throughout the world in the game. Some of these places where players can find alchemy labs are alchemy supply shops, court wizards’ quarters, private studies, some inns, and even can be bought for an owned home. 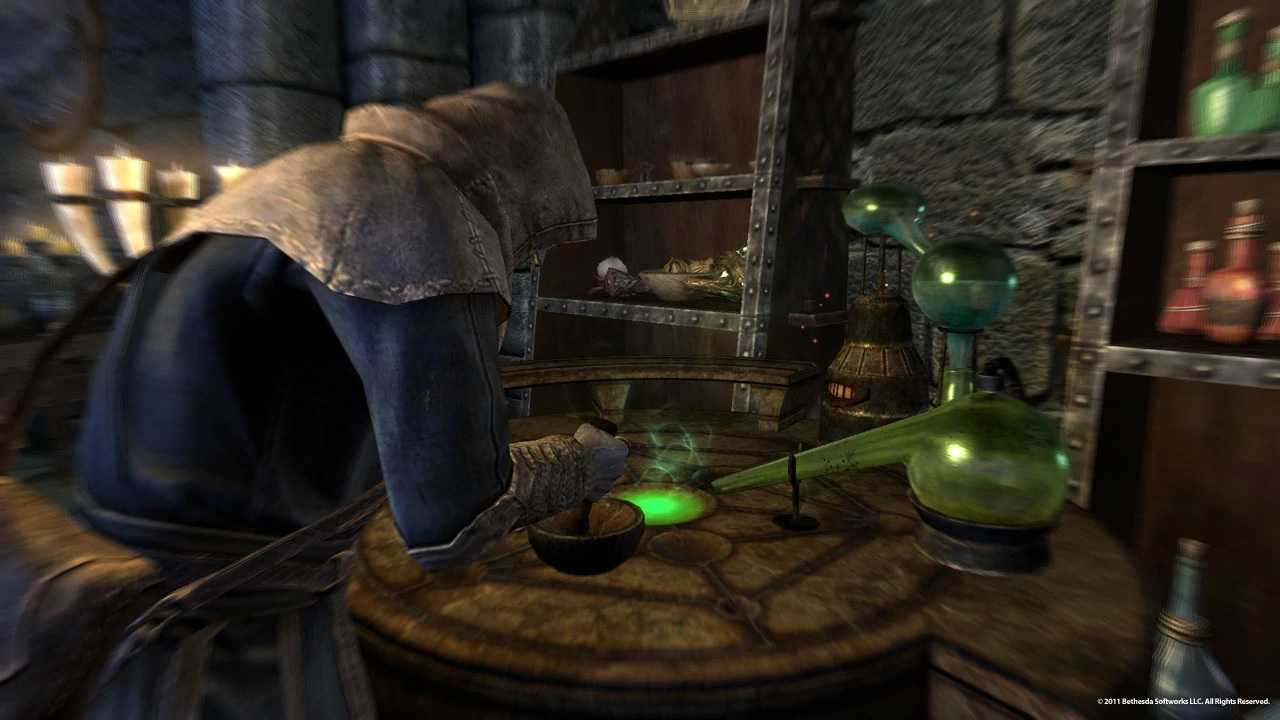 On entering an Alchemy lab, players will be able to see a menu that provides information regarding ingredients and their effects.

The effects of the potion developed by the player during a quest are ascertained by a specific complex formula. The formula of the potion usually takes the effect of the base ingredient and then multiplies it with the number obtained by several other effects.

These effects include the rank of the player in the Alchemy skills, Benefactor, Poisoner Perk Bonuses, their Alchemist, Physician, miscellaneous bonuses received by the player, and the enchantments on the items they are wearing. 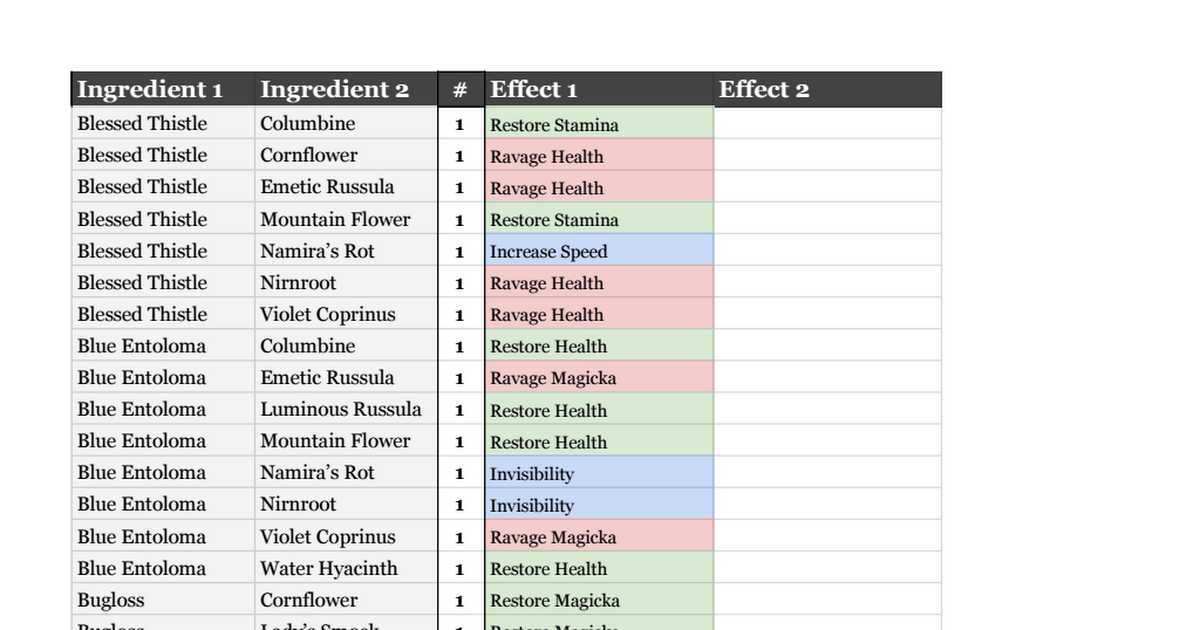 To create Skyrim’s best potion recipes, you must try to put the maximum ranks possible under the relevant perks or you can increase the alchemy skills.

Another way of developing an effective potion is to make a set of gear that enhances alchemy to the possible extent. And if there exists any case where your enchantment skill is not very high, there is a 20% bonus offered by the dragon priest mask krosis to enable the potion to become one of the best potions in Skyrim.

Potions and Poisons in the Alchemy

In the view of the game, the items that are the result of the concoction made using the ingredients earned in the quest are referred to as the potions and poisons.

These items are mixed and prepared in the Alchemy labs. Not necessary to highlight the fact that the players use the prepared portion of the Dragonborn to furnish it with new abilities such as the potions, which enhances the extent of fortify, instantly increases the stats like health, stamina, or Magicka, some potions also helps the character to regenerate over time. 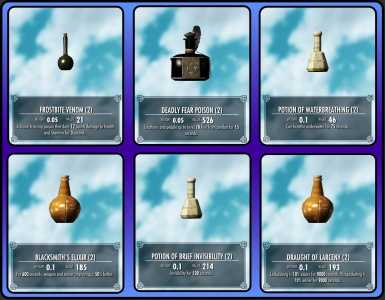 Many of these potions that can be created in alchemy labs also help in extending the magnitude of the spells cast and the skills such as Smithing or One-handed, or can even provide the character with the power of invisibility.

In contrast to potions, poisons are used to affect enemies and other alien particles in the quest. Poisons show the effects on the enemies like health damages, weakness to fire, paralyze slower speed, and lingering damage Magicka.

The potion created in the lab always possesses a name that signifies its major effects. Not similar to the found potions that may come with an alternative name and normally consists of one effect, self-created potions always come with a consistent name, irrespective of the counts of the effects it may contain while the process of brewing.

And it may lead to some confusion at the time of finding a potion in the inventory for consumption. The value of the potion is determined from the number and the magnitudes of the effects and the utility of the potion are not considered at this point.

To the player’s surprise, there are some poisons that can have a positive effect on the enemy, while some potions exist that show harmful effects on the Dragonborn. And to make such potions harmless for the character, the alchemy perk purity is used.

To use any of the potions they have, players have to select it from the inventory, whereas the poisons are used on weapons like the bow or a sword. To select a poison, players can equip any weapon and then can select any poison to apply its effects on it.

10 best potions to make in Skyrim

Potions are the most useful item in the game, these Skyrim alchemy recipes can give you the hold of the most powerful potions of Skyrim. 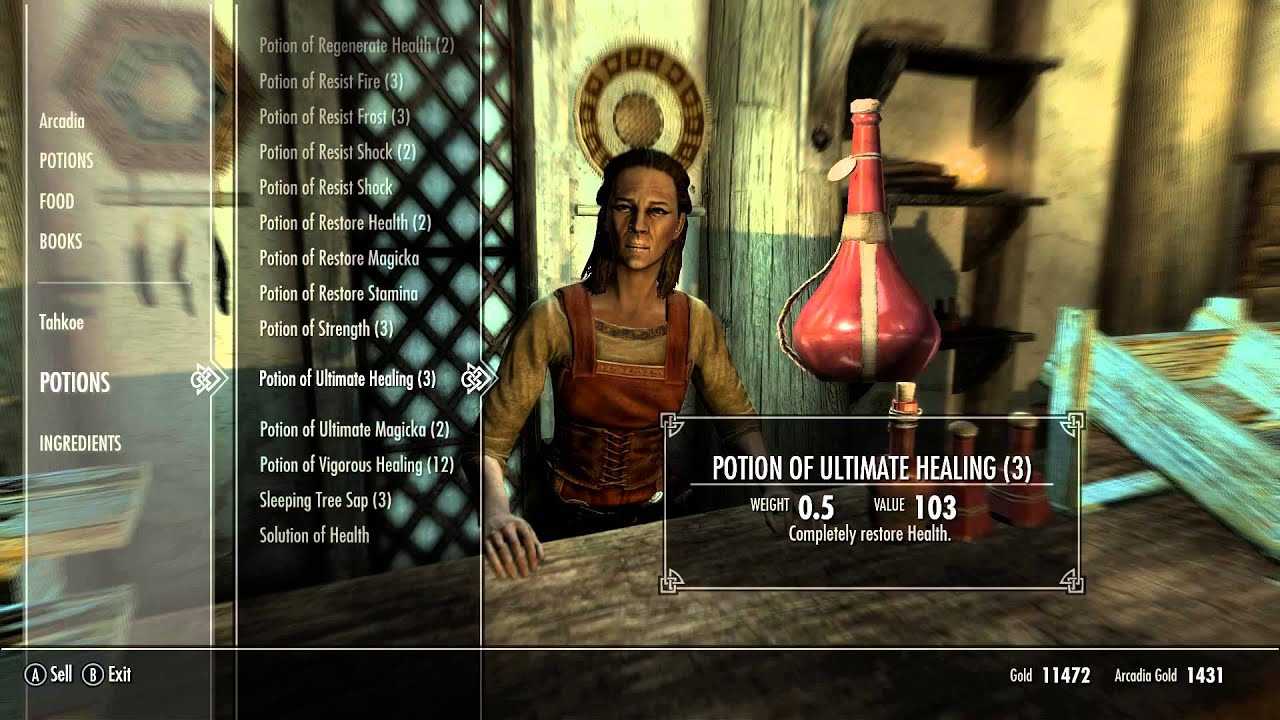 This is the most effective healing potion you can make in alchemy. This potion will help you to overcome the hazardous effects that you may have gained during the quest. This potion can be used from the beginning of the quest to even after defeating the Alduin.

This is no doubt one of Skyrim’s best potions. By using this potion you can immediately get out of trouble. The quick thinker is easy to brew and is handy to manage in the quest. Whenever you feel your endurance is going down in a fight, drink this and all the energy will be regained. 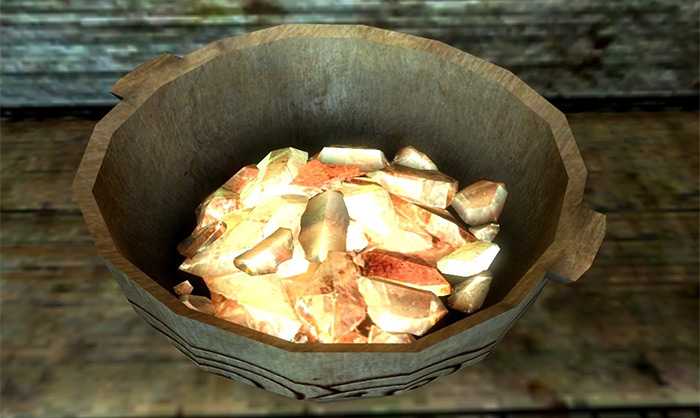 This is another major of one of Skyrim alchemy’s best recipes. This potion is strong enough to get you safe from any trouble that your enemy can cause for you.

Whether you are getting flooded with the spells that are slowing down or any other attack from your foe, this potion is helpful in all conditions and considered the best potion in the game. 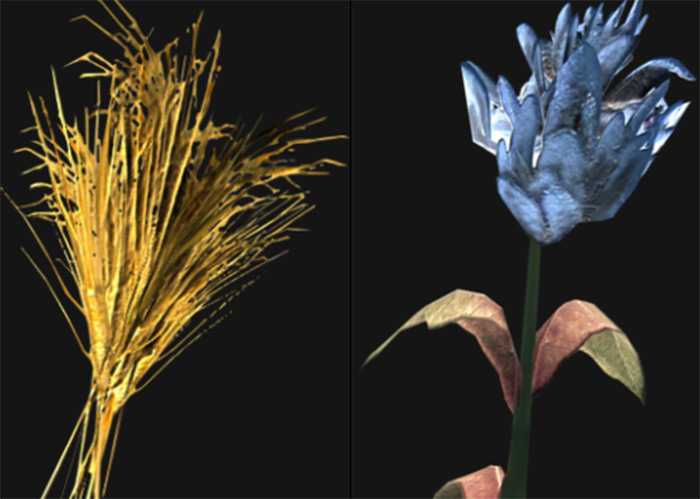 Despite being one of the basic potions found in Skyrim, the protector is surely a strong potion that can be used by players to immune their character. This potion makes sure that the falling rate of your health is at its minimum and it restores faster in an emergency. 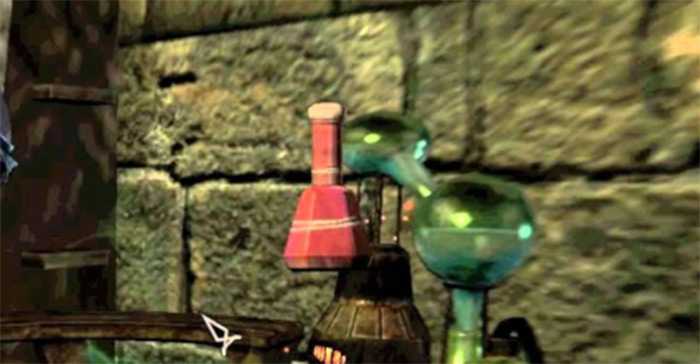 The Wizard’s friend is an amazing potion that can be brewed in the game. It enables the player to get the maximum use of their magic power, also ensuring that they do not run out of their vital energy.

Through this potion you can get the grip of more Magicka, you can also maximize the size of your blue bar for some time. 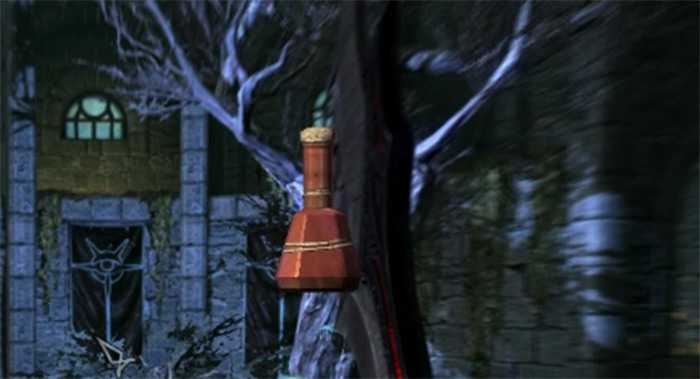 This potion is best to use in a situation when your health is draining at a faster rate. This concoction helps to regenerate the failing health of the Dragonborn. 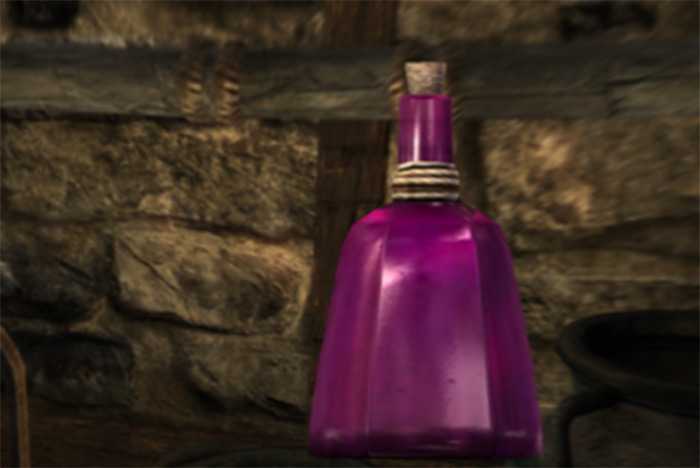 The DPS potion is a potion that shows dual effects and is an ideal mate for each double-handed warrior in the game. Through this potion you get the power to kill maximum enemies, that too without bothering about your draining stamina. 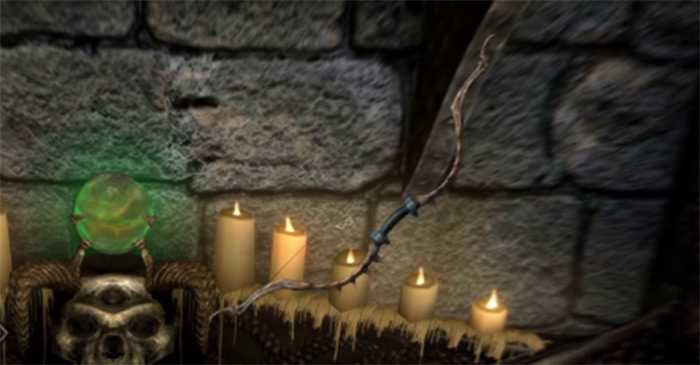 If you are a Bowman, then this potion is especially helpful for you. This potion allows your attacks to make a farther impact traveling a larger distance than the usual. 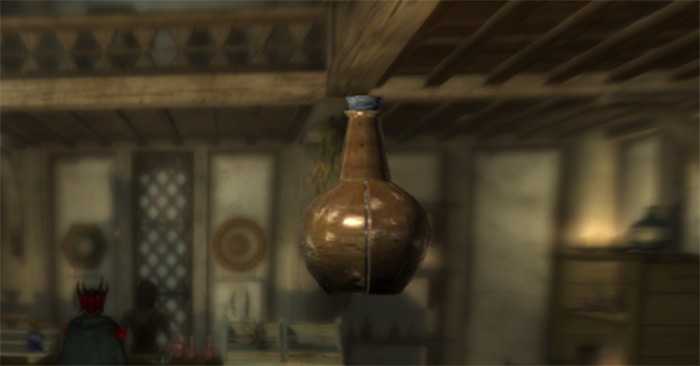 This potion is one of the best ways to maximize your profits on the sales that too without worrying about to level up. Take a sip of this potion before bargaining with your vendor and you are ready to buy the items at lower prices. 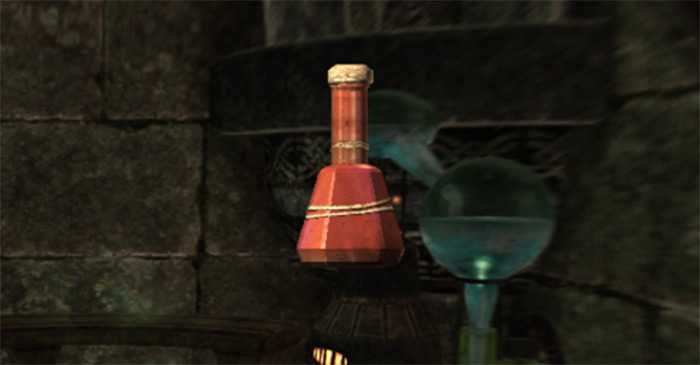 What are the leveling methods in Skyrim?

How to use enchantment to improve alchemy?

What are the quests in alchemy to boost your alchemy skills?

There are very few quests, particularly in alchemy, that can enable you to boost your alchemy skills. They are as follows:-