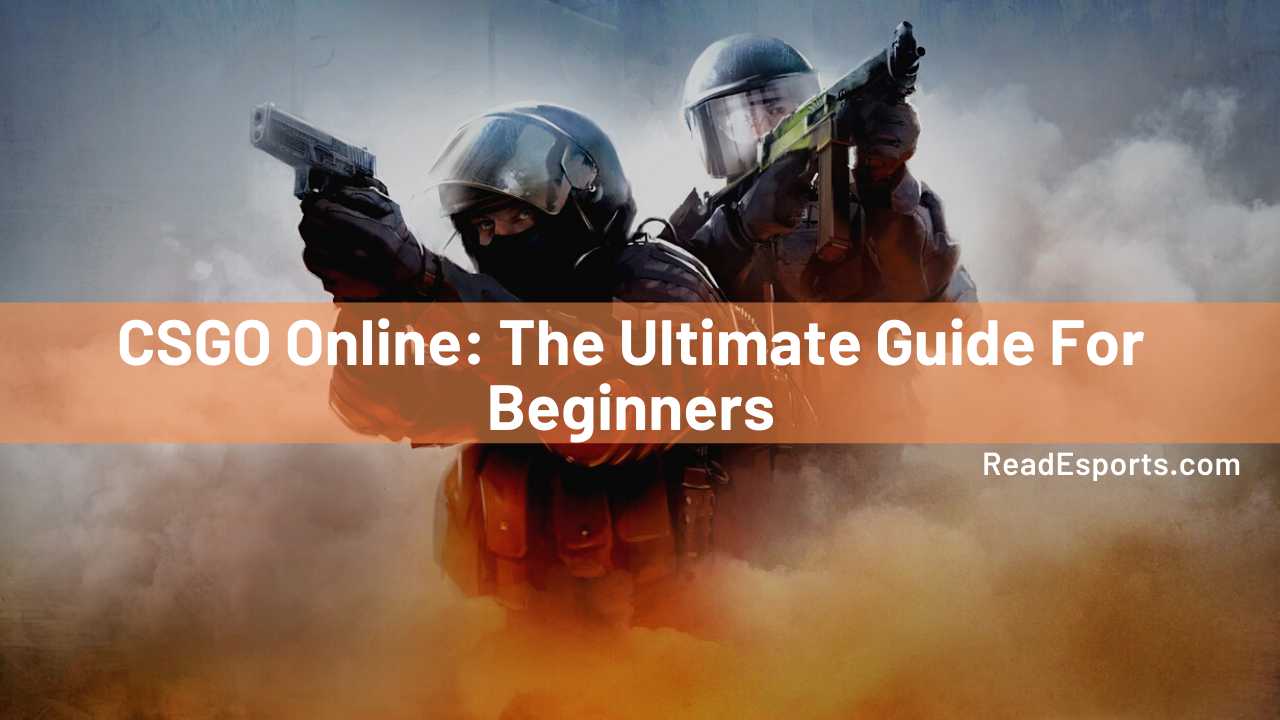 The first-person shooter game from Valve called CSGO is one of the most successful games on Steam. The numbers of active players of the game are just awesome, its player base is really stable, which makes the game strong and always keeps the e-sport scene up for over 10 years.

CSGO is the number one e-sport shooter on this planet if we talk about real competitive e-sport shooters with tactical teamplay. As we know, CSGO is one of the best FPS titles out there on the PC gaming market, It is a sequel to the early Counter-Strike game.

CSGO is pretty much like other Counter-Strike games which center on shooting and destroying objectives. CSGO is one of the fastest-growing Esports games that has become free to play recently.

Yes, there are Fortnite, PUBG, or Overwatch, but these games hit a whole different genre, and are not comparable. These games are more casual, while CSGO is more like an old-school shooter without all of the extras for younger target groups.

The target group of CSGO is older compared to Fortnite or PUBG. Many players love the CSGO game for these reasons, it has a simple, reliable matchmaking mode with an extreme depth of skill range. 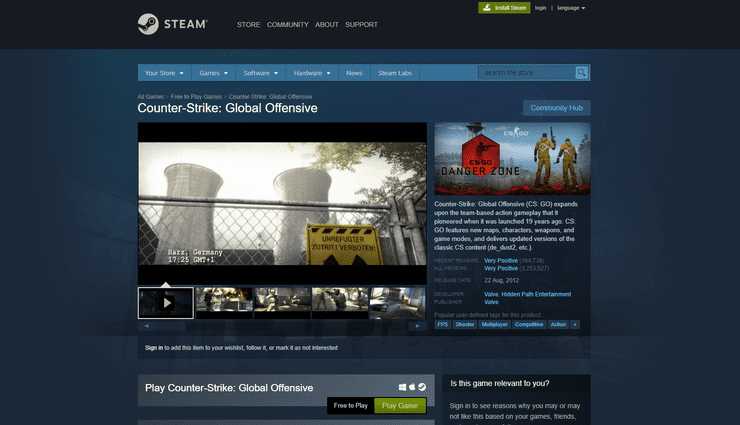 CSGO is a team game. You team up with other players in a 5 vs 5 game to achieve objectives like setting up a C4 bomb to destroy a place or rescue hostages from the hands of Terrorists.

Basically, the game aims at killing off enemies while staying alive before the time runs out. In the game, you can use other supporting accessories like smoke or blasting grenades, or even flashbang which makes it even more entertaining. There is more to it than just shooting.

CSGO is one of those ‘a minutes to learn, a lifetime to master’ kinds of games. That’s what makes it so appealing to hundreds of thousands of gamers every day, but it’s also what can make it quite frustrating for newer players.

In this article, you are about to explore a wholesome genre of game that captured the souls of million of people and know how to play CSGO through the CSGO guide. First off, Counter-Strike is a first-person shooter PC game. You play the role of a character in the game and use weapons to harm or kill other players.

This guide is aimed at those people who know the basic theory of the game and its mechanics but want to improve their gameplay. This guide contains a whole bunch of tips that can and will help you become a better player and get out of those lower ranks.

It is meant to be a framework for beginner/intermediate players to build upon until they start developing their own playing style and diving deeper into the game.

To play CSGO you just need to download it on Steam and search for Counterstrike Global Offensive. Install the game via the Steam library by double-clicking it. 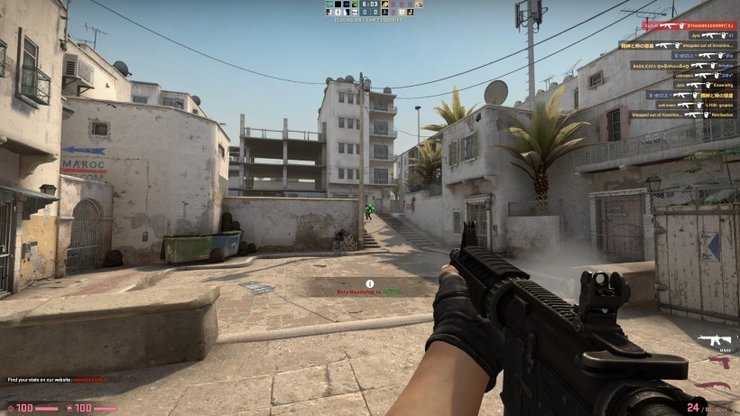 For CSGO there is not much you will need, a basic PC with a moderate graphic card is enough, in the settings you can adapt everything to your needs, but the better your pc is the more FPS you will get to play CSGO fluently.

When you first play CSGO, things seem to be so strange when you interact with its interface. You may want to search for a CSGO guide, CSGO tips, or how to play CSGO. For CSGO beginners, we only need CSGO tips or CSGO tricks once we have familiarized them with the CSGO interface.

Once you have logged in to your Steam account and downloaded CSGO, go start the game and you will see the main menu of CSGO. 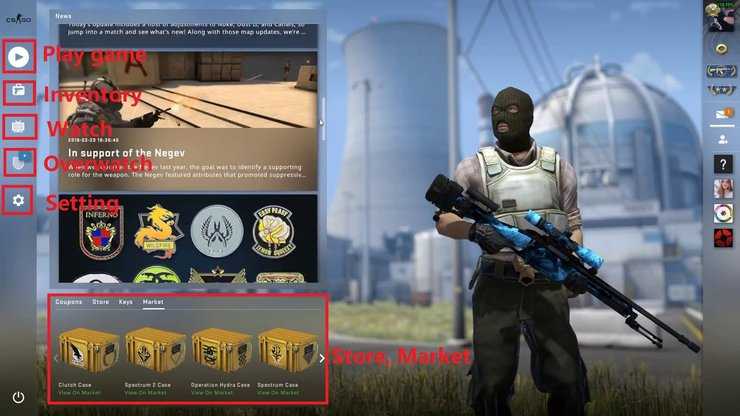 Once you are familiar with the main menu, we are ready to go. Now click on Play Game to start playing CSGO. There are two options for you to choose from Official matchmaking and Practice with bots. 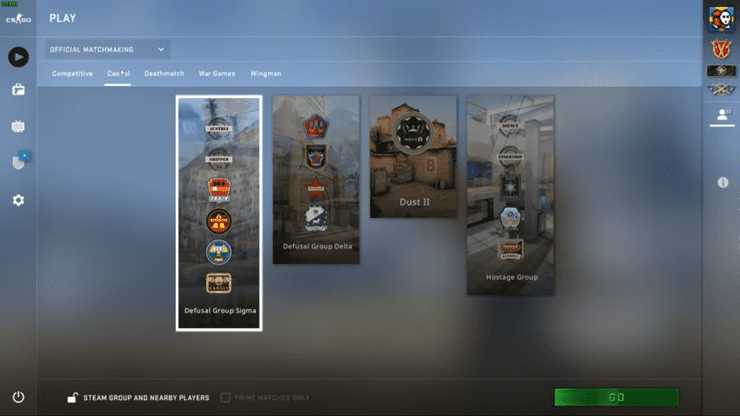 Official match-making is where you can play CSGO against real players. Official Matchmaking is the most common options people often choose to play CSGO with.

In matchmaking, you can play against real players, not a bot. It is suitable for players who have grasped what the game is. However, if you are still not confident enough or just want to get more used to the CSGO game, feel free to choose Practice with bots. 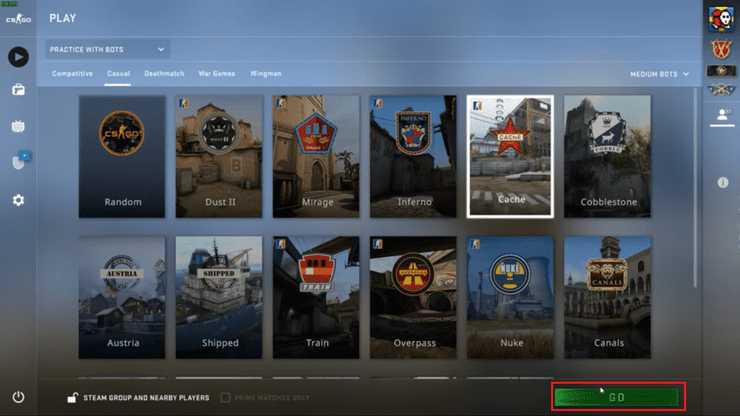 It is best advised to try your initial games against bots first to get a good grip on CSGO basics. CSGO is basically about shooting. You shoot it right at enemies before they do and to do it, you have the help of resources and information.

Here is some good advice

Get your settings right. CSGO is a game with a ton of customization options. The default options aren’t always the best for competitive play though, so you’ll want to make sure your game is running and looking optimally for competitive performance.

Learn map callouts and how to communicate. CSGO relies heavily on teamwork and map knowledge. Even on the lowest ranks, people will know (most) main callouts, and while it’s not necessary to be able to name every inch of the map (you’re here to play after all, not to study) it is important to know the main calls and what a map looks like.

You’ll also find that most people do use their mic in this game. It’s important that you use your own mic to call out enemy positions and so on, so do not be afraid to hop on voice.

While you’re at it it’s vital to communicate properly. Communication is a skill on its own so I won’t go too deep, but I will outline two useful tips to avoid common mistakes that newer/inexperienced players make.

Stop caring about your Kill/Death ratio. Of course, it’s not ideal if you’re the stooge who always gets picked first, and seeing that James Bond scoreline (0 kills, 0 assists, 7 deaths; 007) is never fun but way too many people get too hung up on their KDR (kill / death ratio) to the point where it actively damages the team. CSGO is a team game.

The stats you see on the scoreboard by default don’t tell the whole story. Don’t be afraid to be the first guy into a site.

Learn common grenades. The utility is a huge part of CSGO. If you watch high-level players you will see that they almost never push a site without being backed up by grenades. 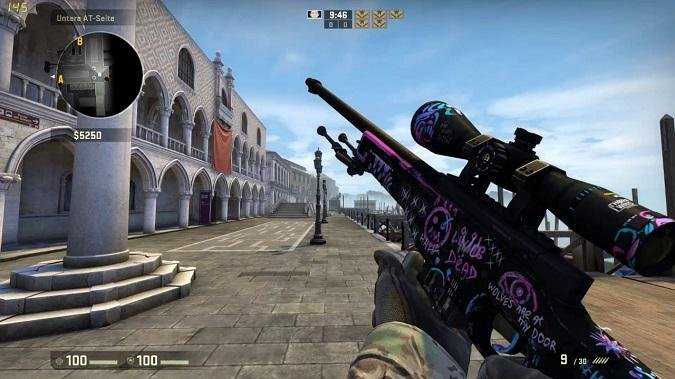 Technically you can get to high ranks by just being a frag monster, but everyone appreciates a teammate who knows some common smokes and all of these tricks.

Learning a couple of cool pop flashes (this means a flash that detonates right after it gets into the enemy’s view so that they can’t avoid it fully) can, for example, fetch you those sweet multi-kills too.

Get your aim and sensitivity on point. Precise aim matters a lot in CSGO. There’s no bullet magnetism or anything like that, so being off by a pixel or two can result in a missed shot. For that reason, it’s important to make sure your sensitivity allows you to aim precisely. 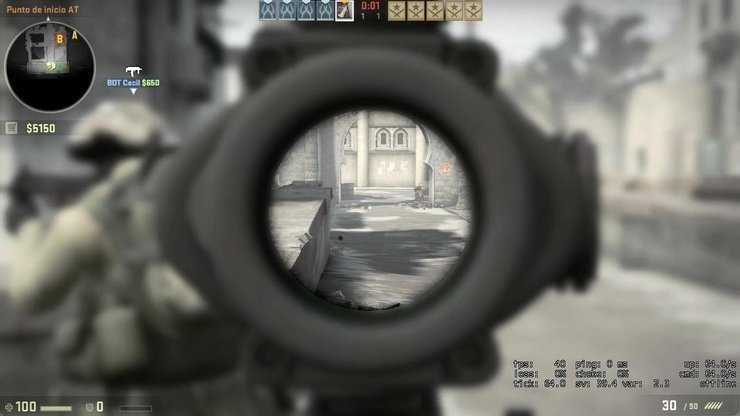 This is not a twitch shooter so having a high eDPI (effective DPI) is not really beneficial. Most pro gamers have an eDPI that is surprisingly low when compared to what most ‘casual’ gamers use, and CSGO pros are on the lower end of that scale so you should definitely consider lowering your overall sensitivity if you are having trouble hitting your shots.

Warm up properly and make sure you are ready for competition. Some people will disagree, but I do recommend warming up a bit before heading into a competitive match, definitely if you haven’t been playing for a couple of days.

Some people like to create elaborate warmup routines that can take over an hour. But depending on your own experience and preferences you might be fine with just ten minutes of deathmatch or shooting at bots just to get that muscle memory going and the blood flowing. 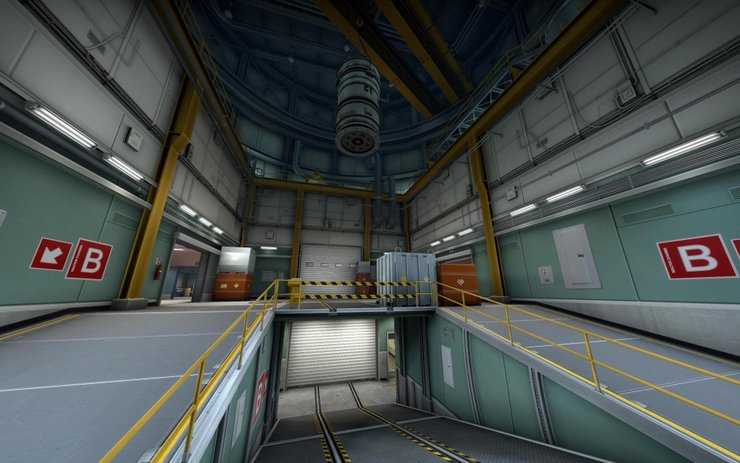 Sure, you will get warmed up when playing competitively as well, but you might lose a couple of rounds or even matches in the process of getting that rusty aim and movement up to par.

The official warmup time in Valve’s competitive matches is usually nothing more than an AWP deathmatch or spawn camp festival, so that is not useful for this purpose.

Don’t rotate or push too quickly as CT. Another really common mistake that lower-level players make in CSGO is that they rotate far too quickly on the CT side. If everyone is still alive and you’re holding B site you don’t have to rush towards A the moment a teammate calls ‘I hear someone A’ for example.

Doing so leaves your buddy on B alone, and if that enemy on A was just making noise as a distraction you could have just left your teammate on B in a 1v4 situation. 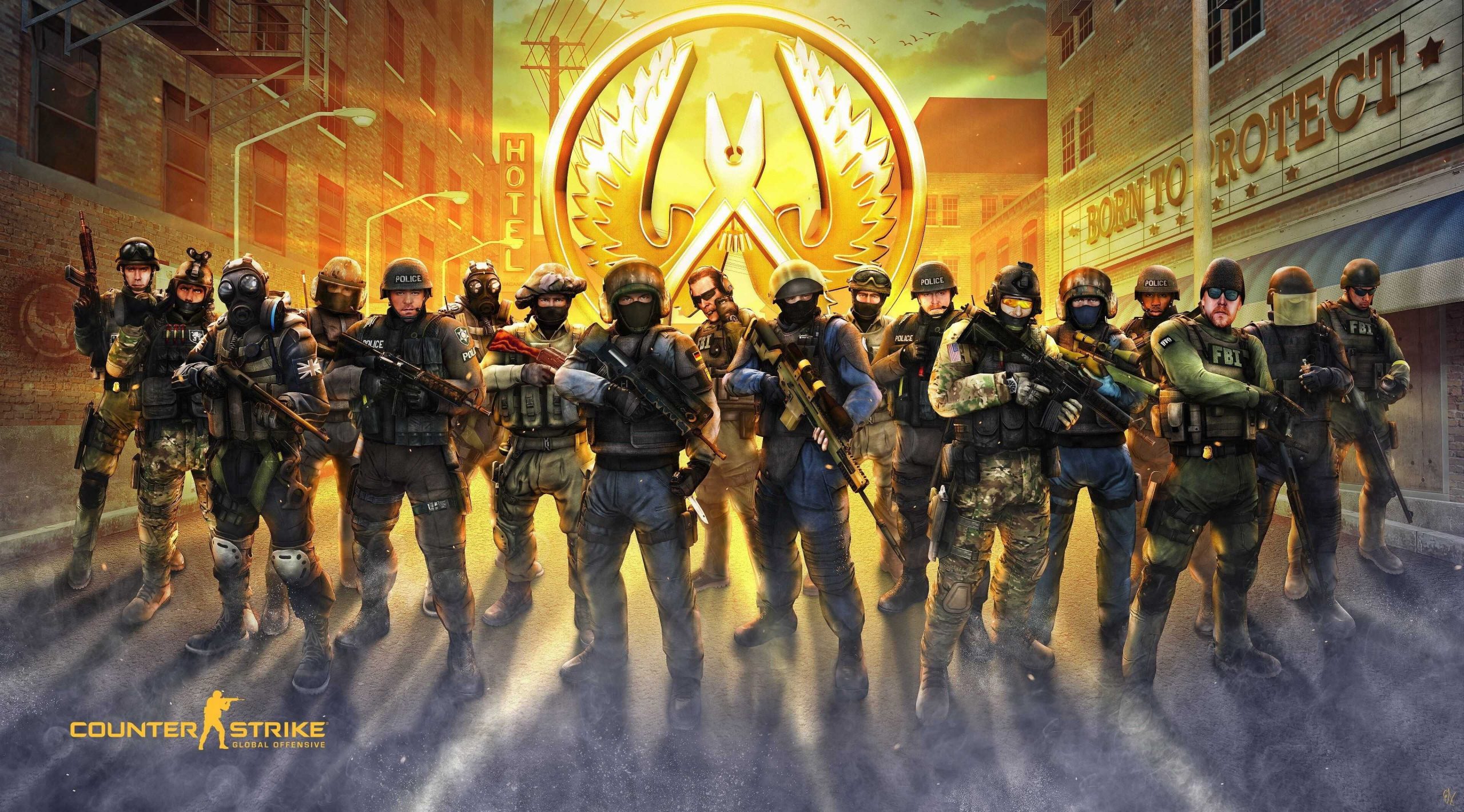 In the lowest ranks, it is not even uncommon for the terrorists to walk into a completely empty bombsite even though everyone is still alive, just because one player throwing smoke and a flash caused the entire CT team to rotate in the game.

A similar mistake is pushing too often or early as CT. This is a bit more of a grey area since there’s certainly merit to pushing as a Counter-Terrorist in certain situations (and map control is important) but you really don’t want to be that guy who constantly dies first because you rush into the loving embrace of five enemies waiting for you on the other side of long doors.

Learn how to play post plant positions as terrorists and counter-terrorists. Once the bomb gets planted the game turns into an almost completely different one. Counter-Terrorists first have to consider if they even want to go for the retake and then attempt to do said retake under immense pressure.

These situations can make for the most exciting moments in the game, but they can be extremely stressful for inexperienced players.

Don’t be too predictable. This seems super simple and logical, and yet many newer players struggle with this very concept.

If you are holding A on Cache and you are always sitting in the exact same spot behind quad then you are going to get fired after a couple of rounds, leading the newer players to shout ‘how do they even know I’m there? Well, it’s because you have been sitting there for the past 15 minutes. 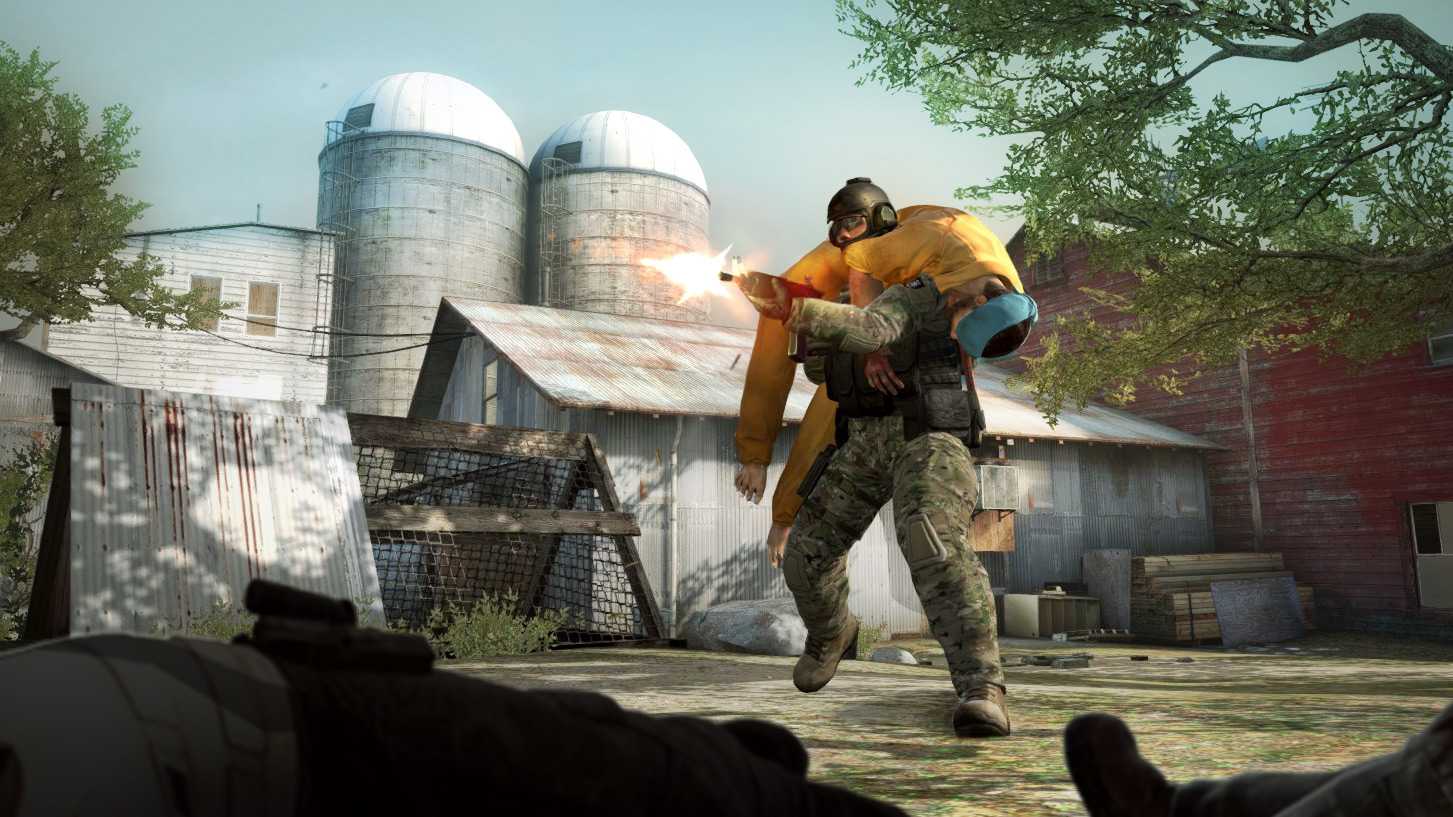 The same goes for terrorists; if the basic strat of your team is to rush B every round then you’ll be greeted by a barrage of grenades and a stacked bombsite after a while, so try not to be an open book when it comes to your starts.

Be aware of who has the bomb and do not be afraid to carry it. Common lower-level scenario: a bombsite gets cleared out, everyone’s holding an angle, the other approach is smoked off, and then that ‘the bomb has been planted message never comes because some guy decided to ‘watch the flanks’. 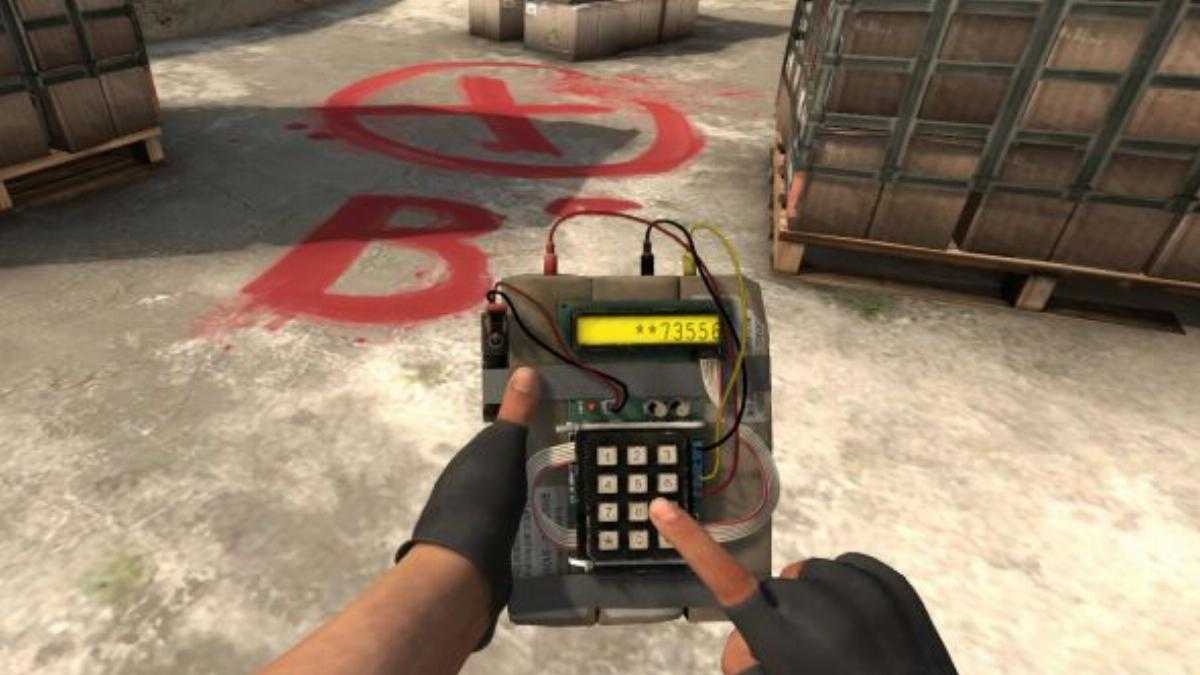 while holding the bomb and getting killed, causing the said bomb to be surrounded by all of the remaining Counter-Terrorists. Be aware of who has the bomb and, most importantly, be aware of when you’ve got it yourself and act accordingly.

You don’t need to play like a scared child if you’re the carrier (seriously, some people act as if they’re carrying a real-life bomb whenever it gets thrown to them) but don’t run off somewhere by yourself when you’ve got it. If you get killed you’ve just made the round a lot more difficult for your team.