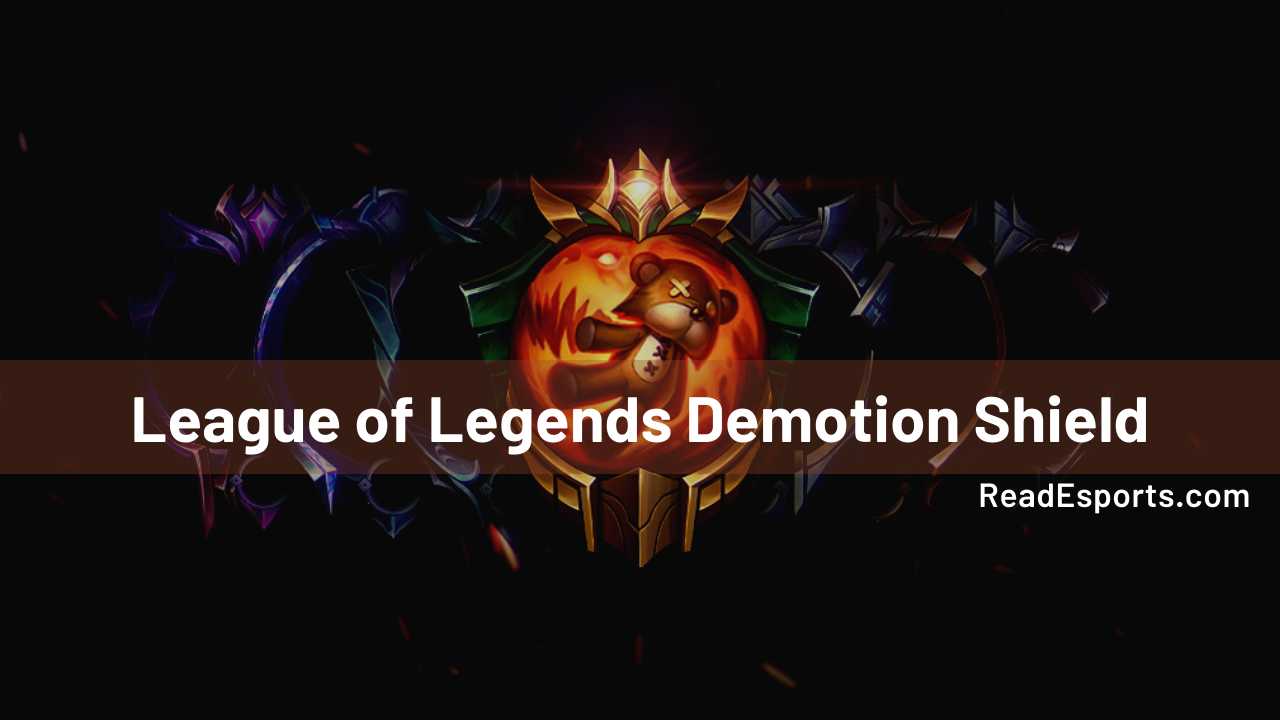 League of legends is continuously getting attention from gamers and adding to its popularity through its amazing plots and twists. It is an interesting online video game to play, however, sometimes it becomes complex to play. The complexities arise because of its fast-paced gameplay and inclusion of many macro-elements.

Being a fun game to play there arises many times when players get befuddled about what to do next!

One such confusing scenario, for instance, is while playing the league of legends on a team fight Tactics ranked mode, you might see a message popping up on your screen in the profile section next to your shield, divulging that you “Demotion Shield is about to expire”.

Looking at this message many players find themselves stuck between several unanswered questions like what is a demotion shield? Why is it expiring? What did I execute wrong in the game? How can I earn it back? And so on.

So if you are one of those who are stuck and looking for answers to any of these questions, keep on reading. We have explained everything that you should be aware of the demotion shield expiring in the League Of Legends.

What is a Demotion Shield?

On being promoted to a newer division or tier in the game for the first time, you will acquire a special effect that is named a league of legends demotion shield. As its name suggests, this shield is a protective force that prevents the players from descending down a division or a tier, if they are losing the additional games. 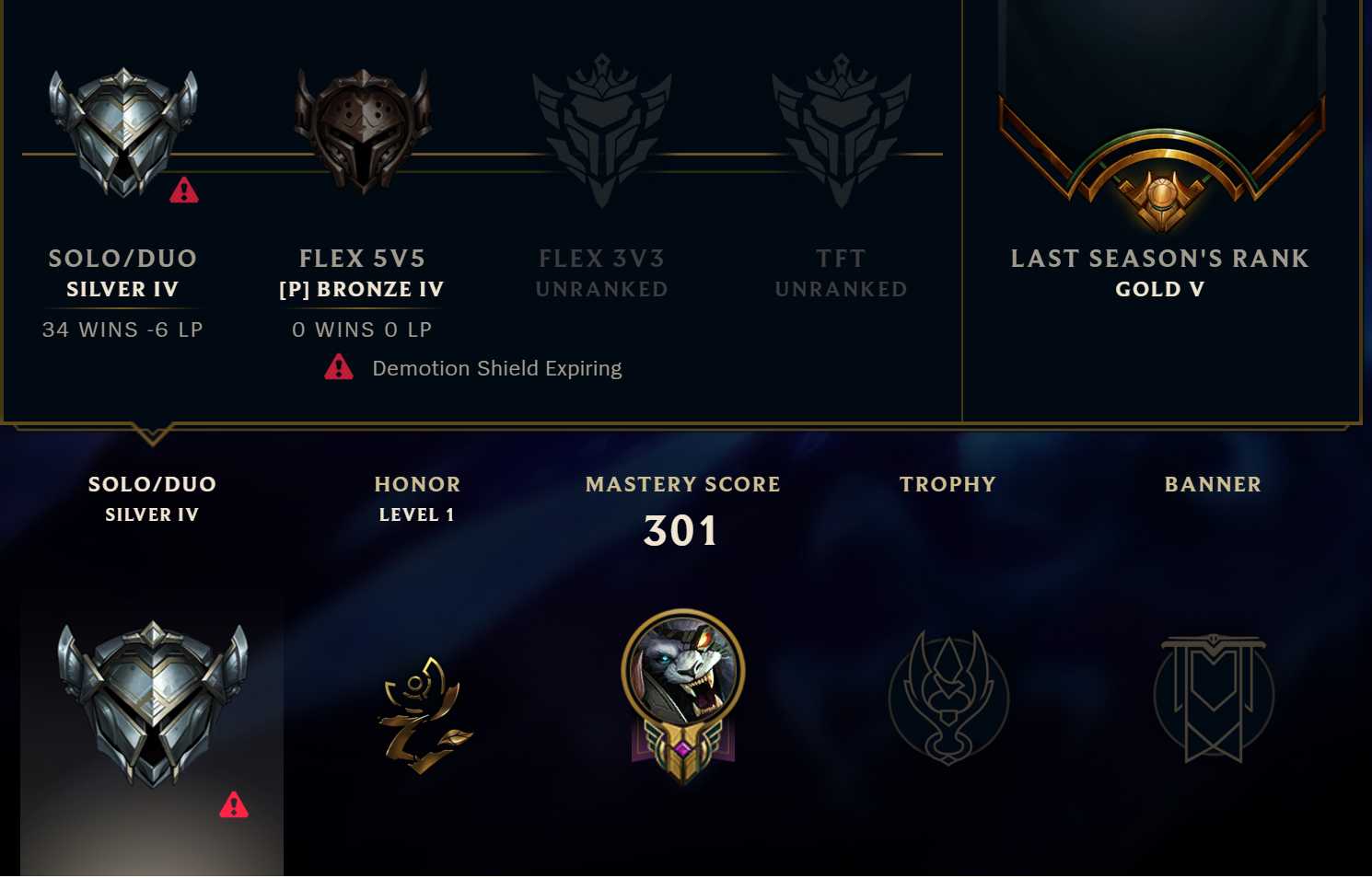 Lol, the demotion shield effect makes sure that you don’t get league of legends demoted back to a division on losing your bet in some of the unfortunate battles.

How many losses before demotion lol?

Knowing about the importance of the lol demotion shield, it is normal to get curious about the protection period delivered by the shield to the players. Generally, on average, the shield shows its effects for something around three games if you have advanced a division.

After advancing a tier, the demotion shield can protect you up to around ten games. However, for the master tier also, the shield is effective up to three games.

Can you get demoted from plat to gold?

The shield protects you from demoting to a lower tier. Suppose you are in platinum IV for the time being and if you lost some matches, the shield is going to protect you from dropping down to Gold I. However, the matter of concern arises when you receive a pop-up message stating that “demotion shield expiring”.

Therefore, there always exists a chance that you can get demoted to the lower tier if you are losing the next league of legends or the next upcoming battles in the game. 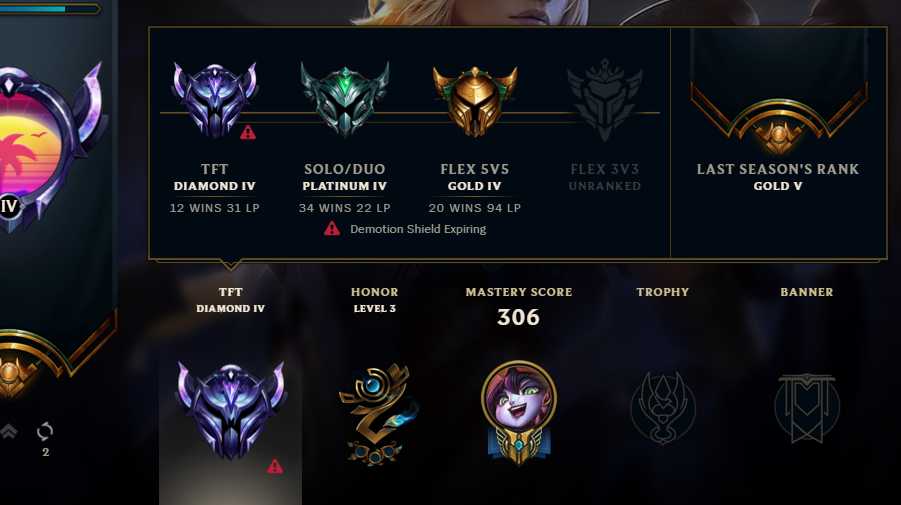 After getting demoted to a lower division you will find your LP stuck somewhere between 25 and 75, what is that score going to totally depend on how many matches you lost when you were at 0 LP.

To sum up in short, once you are promoted to a newer division or ranked tier, you get access to a special effect that is known as Demotion Shield.

This is a protective shield that is going to secure you from getting demoted if you are about to lose some matches while prevailing at a 0 LP. To give you another highlight, players can also attain a score of negative LP in the league of legends.

Can You be Demoted from Gold to Silver

As discussed above, if you are at any tier of the platinum division, for instance, says Platinum III then you just have the leverage of three losses.

If you exceed the leverage you are going to be demoted to a lower level. Now the question can be asked that can you be demoted from gold?

Yes, however, in case of getting demoted from Gold to Silver, you can relax a little bit. Players have leverage of ten matches loss before they get demoted from gold to silver.

How to Get Demoted in LoL?

This is what the League of legends’ special effect- Demotion Shield is basically for. To not get you demoted from an upper-division to a lower division.

You can experience a downshift from Platinum to gold and even gold to silver as well or any other specific demotion in the game.

But this is something that as a player you should avoid, after all, it takes time and effort to get promoted. So here we are discussing the unwanted fact ‘how to get demoted in lol’ so that you can easily control your measures and avoid getting demoted in the game. 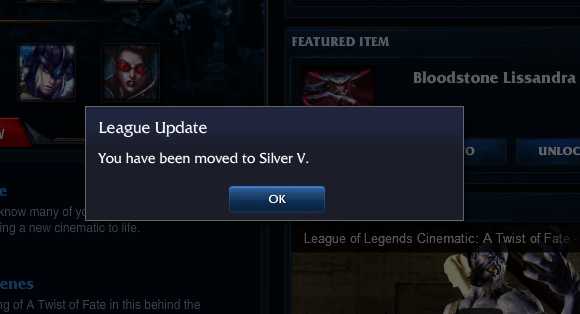 The catch here is that you can only experience a downshift in the game if you have played a match and lost it. It is when your LP becomes zero or negative and your MMR decreases to your lowest, and add to it you lose a match, then you pass all criteria to get demoted to a lower spot in the game.

The players in the game also get demoted through being inactive (decay) or when they fail any matches at a score of 0 LP. For the players who get demoted to the next lower division, their LP gets reset at 75 LP again for that division.

The promoted players gain the effect of immunity from demotion for certain matches, which is ultimately known as a Demotion Shield.

Can a Player be Demoted from a Tier?

Understanding the pattern of demotion in the League of legends is not that complex anymore, but is again obvious to wonder whether the players can get demoted from a tier as well.

And yes it is also plausible to get demoted even from a tier also your MMR gets dropped at an entire tier. Before getting into such a troublesome situation you will be receiving a warning alerting you about the possible demotion.

While having a discussion about the demotion in League of legends, it becomes necessary to go a bit deeper into the subject and discuss “what is decay”.

Decay is the second way by which you can get demoted from the latest tier or division to a lower one. If you are not active on the game and didn’t play the game for a longer time, decay will start setting in.

the decay will lead to a decrease in your LP score till the time you again become active in the game and begin to play matches.

Decay is basically nothing but a punishment rendered by the game to the players who have been inactive in the game for a certain time. You can read further to understand it aptly and more specifically.

None is resisted to this decay, Challenger, Grandmaster, Master, and Diamond everyone are subjected to decay as a punishment for being inactive in the game. 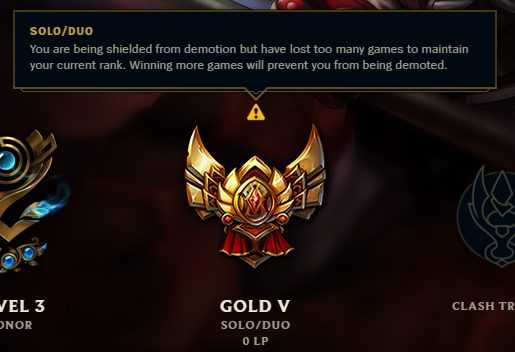 Talking particularly about Diamond, if you have inactive for a period of 28 or more days in any single rank, you will start shedding your LP according to your tier and post this, after every seven days you will lose your LP till the time you again play a match. LOL players in diamond will shed 50 LP every time they decay.

The good thing is that decay is applicable to the players who are at Platinum, Gold, Silver, Bronze, and Iron status.

2. What is keeping the League Of Legends popular among the gamers?

The answer to this question is very obvious. It is the game’s storyline and the strategic plot that attracts the gamers to it. The game has a variety of amusing content to serve its audience, there are more than 80 characters and each character has unique abilities and backstory. This richness of the league of legends is the reason for its growing popularity among gamers.

3. In what ways can a player get demoted in LOL?