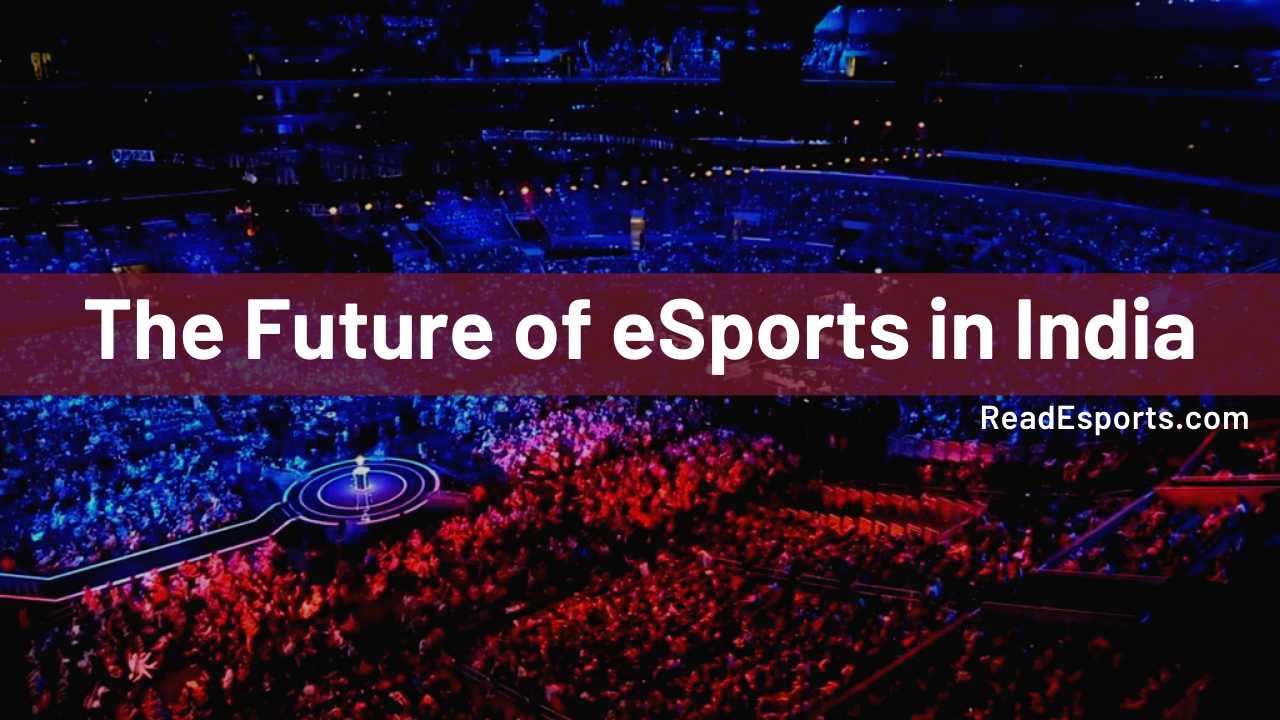 How many times have you come across this term – ESports? Not much? Yeah, that’s the possible answer to most people. But, you know PUBG from your heart and mind? Isn’t it true? Obviously, it is. PUBG is more popular than many actors across the world.

But, knowing PUBG and not knowing Esports is like knowing Tendulkar but not ICC World Cup or Cricket. So, it’s time to know everything about Esports, how PUBG is related to it, and esports in India. Let’s go into the definition.

The definition by the Cambridge dictionary says that esports refers to the activity of playing computer games against other people on the internet, often for money, and often watched by other people using the internet, sometimes at specially organized events.

In simple words, esports refers to the world of competitive gaming. It refers to the PC, mobile and console games often played competitively. There are a number of games that fall in the category of esports such as League of Legends, Counter-Strike, DOTA, Fortnite, Call of duty, and a lot of popular games.

Esports was first organized in the year of 1972, where the players competed for the game of Space war at Stanford university almost 48 years ago.

Yes, esports is not a new thing, it is approximately 48 years old. But in the recent decade, the term “Esports” has gained massive popularity. The craze for esports is exponentially increasing and has witnessed a boom in recent years.

The full form of esports is electronic sports. It is basically making the online games into a Spectator Sport by streaming it online.

It is quite similar to watching Virat Kohli and Mahendra Singh Dhoni in action on the Cricket field, it is no way different. The only difference is that you don’t need to be physically present in the stadium to watch the match. Isn’t that an advantage?

So, basically, you need a player, league, or tournament and the audience to watch the game.

Player – Becoming a top-notch player in the esports industry is not a piece of cake. It requires immense hard work and you need to train yourself even for more than 14 hours a day.

A player is a person who is going to compete with the other player in a particular game. The players can compete in solo competitions or team competitions.

Each team is specialized in a particular game like Counter-Strike, DOTA, Call of Duty, PUBG Mobile, etc. These teams have a huge fan following across the globe. Some of the popular teams are  Evil Geniuses, Fnatic, and Optic Gaming.

Organizations – These organizations recruit the best teams and make them a part of the organization. Just like in IPL different teams bought different players to play the competitions and leagues for them and under their umbrella.

Leagues or Tournaments – Leagues are the names of the competition in which these players and teams compete against each other to win huge cash prizes.  Like Cricket these leagues also have playoffs, knockout rounds, and world championships. These league tournaments are organized by companies such as Major League Gaming (MLG) or the Electronic Sports League (ESL).

In the year 2016,  a  total of 15,000 seats of Los Angeles Staples Centre were sold out in an hour. The stadium was organizing the League of Legends Championship in it.

Also, 40,000 seats of the  World Cup Stadium in Seoul Were sold out in the same year along with the presence of 27 million of the audience online. Now, you can imagine the following of these championships and the increasing craze for them.

Sponsors – These are the people that bring in their money to advertise their brands. There are a variety of sponsors and they can sponsor multiple things. Sponsors are also a crucial part of esports. 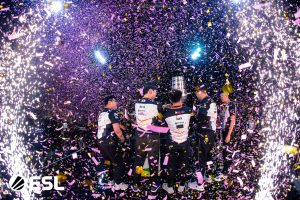 The League of Legends Championship received 105.5 million hours of viewership on Youtube and Twitch.  The viewership numbers are huge in the esports industry. It is becoming the major reason for the booming of this industry.

As per the prediction by Newzoo, the annual growth rate in the viewership will be 14%. The number of casual viewers will become approximately 307 million. Along with the bummer of esports enthusiasts growing to 250 million eSports enthusiasts, making the total audience 557 million.

China is the market leader in the esports industry owing to the largest market share but the rising popularity of sports in India is soon going to overcome China in terms of market size and revenue.

China has the largest number of esports audience with a whopping 162.2 million in 2020, followed by North America having an audience of 57.2 million.

The Esports in India is like a gold mine for every investor and business person. They are constantly keeping an eye on the industry due to its high growth potential. 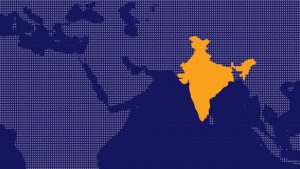 Professional players Livestream on youtube and Twitch, while they play the game, and viewers or fans can watch their game. The fans and viewers donate the money to the streamers to get noticed. Y

youtube and gamers earned a huge amount of money through live streaming on platforms like youtube and Twitch. It is a very popular streaming site for esports.

As per the report by Newzoo, the global sports audience will reach 495 million by the end of this year. In which 222.3 million people are esports enthusiasts or can say the players whereas the rest of the 272.2 million people are the occasional viewers.

Why the Future of Esports in India is very bright

The wave of digital transformation has already hit the market as a result everyone has phones, the internet, and time.

The number of users is also increasing every year at a rapid pace and with the availability of a strong broadband connection and more money in the hands,  the Indian gamers are all set to make India the future of Esports. 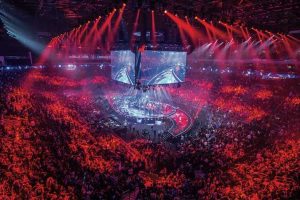 Social media Influencers are also a major reason why the love of youngsters in the country is increasing every day for esports. These youngsters follow these social media influencers. Most of the young influencers like Carryminati Live Stream the game and a huge number of fans and followers see him playing and ultimately get inspired to play a particular game.

carryminati is the most subscribed influencer on Youtube in India.  He basically makes a roasting video along with the Livestream.

Foreign Investments in Esports in India

India is having more than 2 million esports fans which are rising at a very high rate every other day. Due to the rising interest of the user’s Indian has become a lucrative destination to conduct gaming events like the Indian Gaming league, ESL gaming, etc.

Acer is the market leader of Pc gaming in India, it organizes the Largest eSports tournament every year, known as the “Acer Predator Gaming League:” Not only Acer but other esports companies like HyperX has also joined hands with ESL Indian Premier League, which is going to be the largest and biggest eSport tournament of the country.

The market leaders in the gaming industries like Tencent and APUS are joining hands with the local Esports startups in India, such as Nazara, NODWIN Gaming, and Jetsynthesys.

India is all set to become the next revolution in the Esports segment. Though the gaming industry in India is in the very beginning stage today, in the next 5-10 years it will be the biggest market for digital gaming.

Most popular esports games in India

Team Soul has emerged as a champion in 2019, PUBG mobile India Series, and won a whopping prize of 1 Crore INR from the single Championship.

Indian has the best #3 player in the world of PUBG mobile. His name is Naman Mathur AKA Mortal. His earnings are around $16225.00 overall. He has also won the PUBG India series and a number of such tournaments.

3. DOTA 2 – This list can never be complete with the name of DOTA2 in it. It is a Multiplayer online-based arena (MOBA) and is one of the most popular PC games in its genre in India. DOTA2 is also a part of the ESL Indian Premiership tournament for a long time.

The latest tournament was organized in the month of April in Mumbai, in which the highest Prize so far in the Esports in India was announced. The team signifies is one of the most prominent teams in this game.

As this new industry is booming in India, a number of new career opportunities are being developed around it. If you are a gaming enthusiast then you can opt for one of these careers –

Though there are a number of challenges in opting for a career in this field especially as a professional gamer. The biggest challenge is the mindset of Indian parents.

In their traditional thinking, such things are a waste of time. They never consider this as a career option. This is a major reason why kids are not able to take up the right training to fight against their parents and become professional gamers.

In countries like China, Professional gaming is a well-recognized career option. Thus, children get a number of training centers, coaching, and freedom from their parents. Thus they produce the highest number of professional gamers across the world.

In the near future, esports may also become a part of the Olympics. China is ahead in this game as well because they have good infrastructure facilities, government support, and wellness training centers.

But the scenarios are changing, things will change a lot in the coming 5-10 years. The gaming culture in the country is booming. It is evident from the activities of the youths around you. You can easily find people playing PUBG around you.

India is soon going to launch itself into this industry with some magnificent esports platforms. It has thrilling action for fans and amazing entertainment.

Let’s suit up guys for becoming the next gaming sensation of this industry.