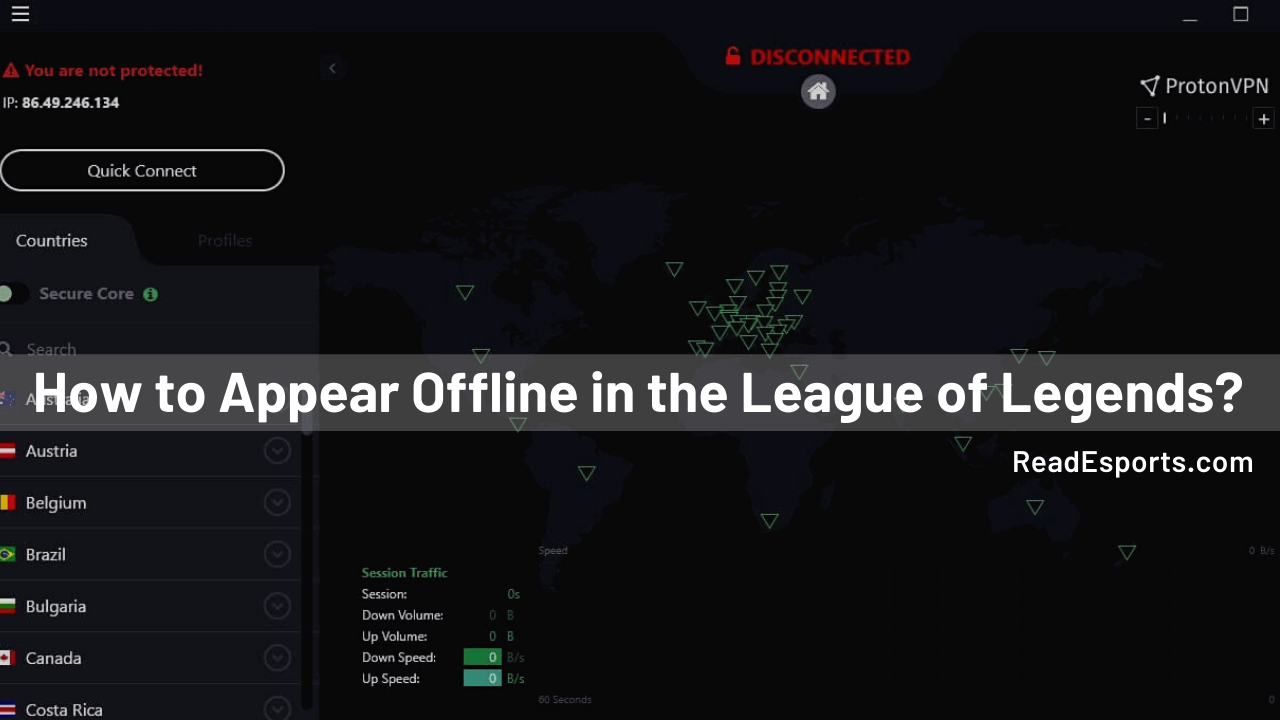 How to appear offline in the league of legends is a popular question everyone wants to know the answer to. This is because of the huge user base and fan following of lol. Even, league of legends is counted in the selected few games for which critics highlighted accessibility, production value, and character design.

Within the game, players can socialize with each other, thanks to the multiplayer feature. Some of you may have found your overseas friends, some of you might get new friends.

After all, League of Legends is a multiplayer game. But, sometimes your introverted sides come out and you want to spend some time alone in the game without getting bothered. If you are figuring out how to stay away from other players for some time? Then you are in the right place.

There are numerous ways to appear offline in a league of legends. One can appear offline manually as well as with the help of a third-party application.

How to appear offline methods in League of Legends?

The league of legends offers a place to socialize with players from around the world. League of legends has become a community of players in itself, where more than 100 million players come together from the world to play together. 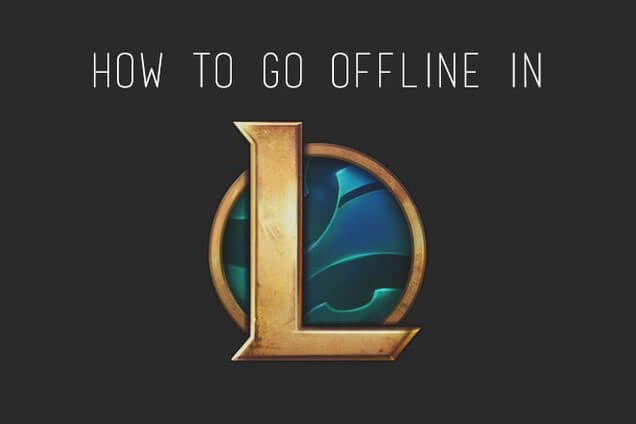 But, sometimes some of them frustrate you, and sometimes they are difficult to handle. Well, in that case appearing offline in a league of legends is the best way to play the game in a relaxing way.

We have gathered some of the methods and ways to appear offline in the game.

Method 1: Appearing offline in the league of legends with the help of a command prompt

Let’s see how to appear offline on the league. So, next time you can appear offline, with a relaxed mind and a bucket of popcorn in your corner. You can simply just move out of the server to play offline.

In simple ways, Riot Games won’t be able to find you on their server as you are already blocking your PC to appear anywhere and on any server. You can do so by not allowing the server’s IP address.

By this method, you will be disconnecting PVP chat, this will allow you to hide from your online friends as they won’t be able to see you online. No frustration, only relaxing gameplay.

The best part about this method is that you won’t need a program, software, or advanced level coding knowledge. Anyone can do so by following some steps

Step 2: Now, you need to go to the search bar once more, and type “CMD” or “Command Prompt”. A list of options will be available for you.

Step3: Now, right-click on the Command Prompt option and select “Run as Administrator”. A command prompt screen will open.

Step 5: After entering, the program will run immediately. But, the only issue is that the above-stated IP address is of North America Server. In order to change the Server, you need to replace the IP address of the North American server with the server you are playing on. Below we have listed all the available servers and their Internet Protocol Addresses.

That’s it now you can appear offline and even play offline without any hassle. You can play normally however, you will not receive any messages from your friends as you are not playing on the server.

Also, as you are offline, your progress will not be saved on the server. Therefore, in order to save the progress, appear online when you are about to shut down the game.

How to appear online again?

After hitting enter, you will be able to play league of legends online again with your friends. But, make sure that your Firewall is still ON when trying to appear online, otherwise, this code will not work and you won’t appear online to anyone.

Some other things to take care of is that you need to appear online before shutting down. Otherwise, you may not be able to appear online frequently, Riot Games server for league of legends may then take time to recognize your PC.

If by any chance the above method does not work or if you do not want to play with the command prompt. You can go to Deceive software.

Deceive is software designed specially to make your player offline in the league of legends. Deceive software automatically blocks your connection and allows you to play offline. In simpler terms, Deceive software hides your PC from the Riot Games server. 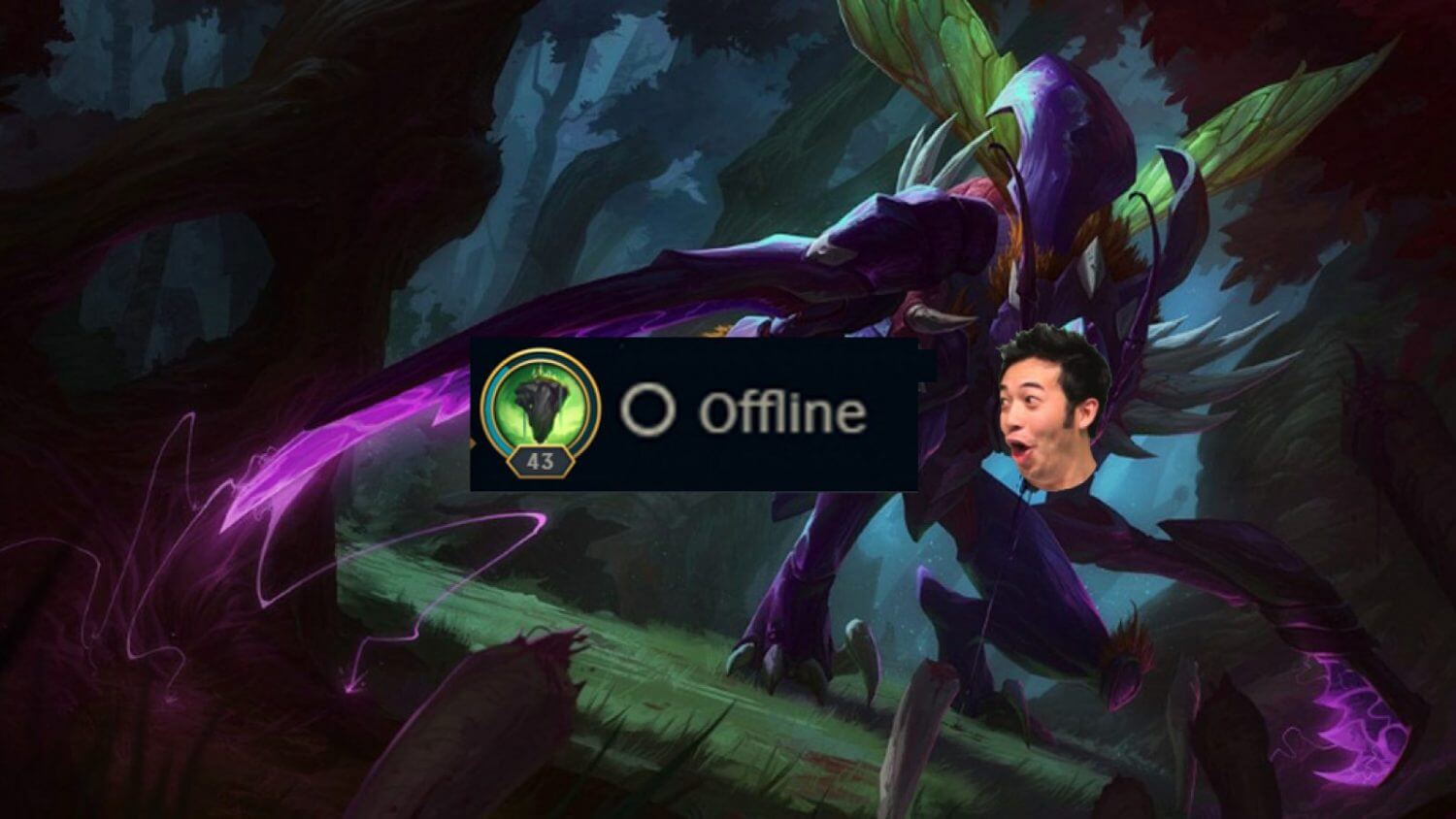 Therefore, no other player can see you and you can play offline unless someone uses a third-party software op. gg, which allows you to check who is in the game.

Deceive software is a third party application, which can be downloaded from GitHub. But, as a third-party app, you have to be very careful and use it at your own risk.

Now, in order to use Deceive software, you need to download it from the GitHub page and install it on your computer or laptop. Now, launch a league of legends that deceive software clients instead of regular lol clients.

This will automatically make the required changes such as making you offline in the game.

There are few known issues with Deceive software such as you are still online or error messages popping up after launching league of legends with deceiving software. We have a solution for both the conditions:

Most of the players around the world want to appear offline because they are too busy to chat with others or play with others. 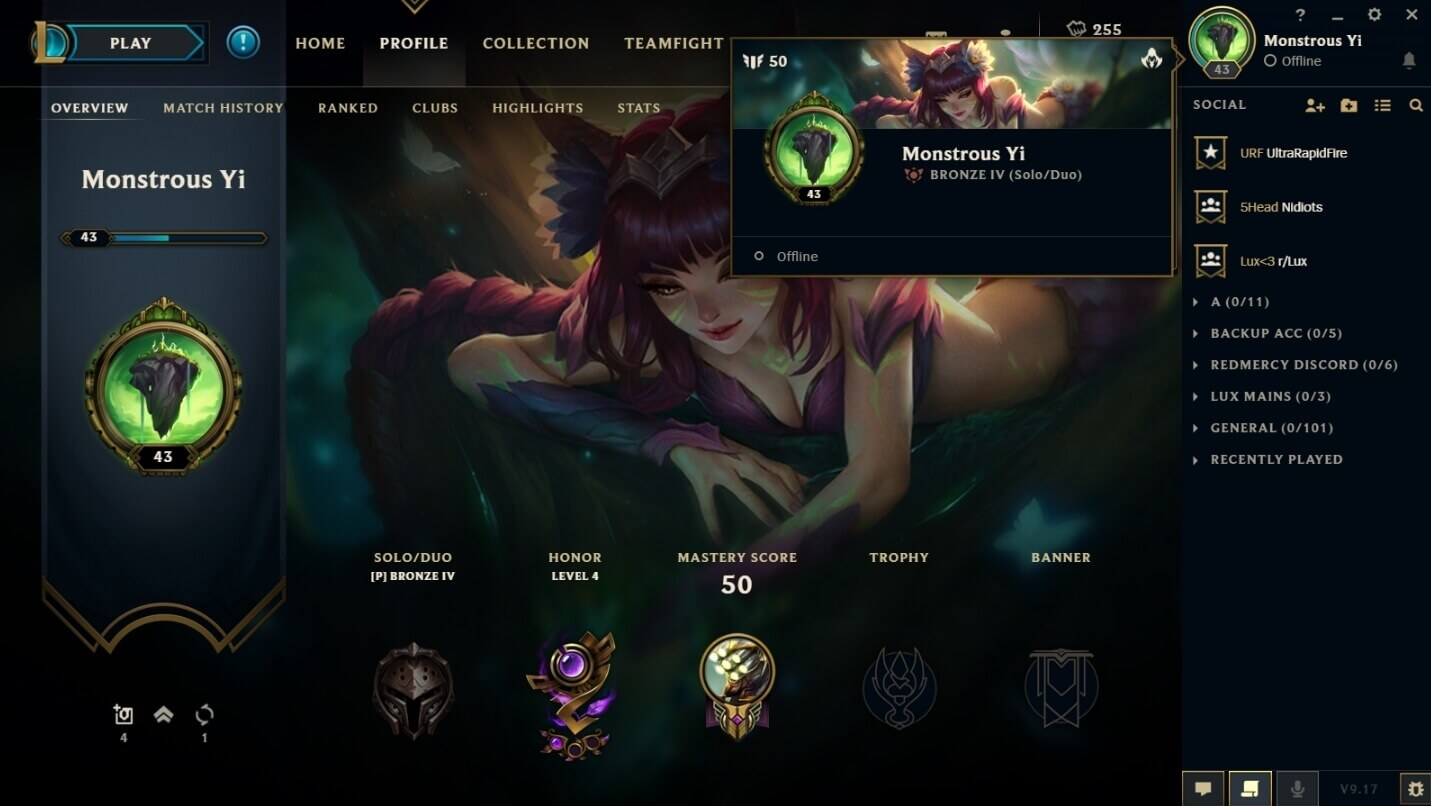 They can be busy in anything such as watching replays, improving skills, buying champions, and all that cool stuff. When players appear offline, they have their precious time and they can have fun with these things without any interruption.

If you are an introverted person who doesn’t like when someone spectates you, then you need to appear offline by implementing the above two methods.

Some players feel pressure or stress when someone is watching them play. But, in offline mode, you can progress without any stress or anyone watching you in the game.

Besides that, some players always want to play solo as they might feel relaxed playing alone. Playing with friends is a big problem if he is serious about the game and you are testing out a champion.

Playing offline is a great way to progress and test new skills.

As the name suggests, you might want to avoid conversation with your friend for any reason. Maybe you are not comfortable playing with him or you don’t want to talk with him.

Either way playing offline is the best way to progress without being rude to your friends.

1. Do the above-mentioned methods work on all servers?

Yes, the above-mentioned methods work on all servers. You just need to change the Internet Protocol addresses in the first method and there is no need to fill anything in the second method.

Of course not, you are not going to get banned for using either Deceive software or manually appearing offline by command prompt. There is no report of players getting banned by Riot Games in the past. Even Riot games also acknowledge the need for appearing offline for some time and getting back online.

After all, no one is doing any harm to either Riot games or any other party. However, there can be chances that Deceive software may stop working sometimes due to an update or patch push by riot games.

But, you will still be able to appear offline by Deceive software after the update.

3. Is Deceive a safe application to use?

Although we do not prefer Deceive by any means and you should use it at your own risk but a lot of prominent and big streamers use deception while streaming or while pushing.

Also, the developers of Deceive application mentioned that Deceive software is allowed by Riot Games for invisible or offline mode.

4. Will this break my league of legends client?

Although Riot games don’t have any feature to lol appear offline nor they are interested in bringing one, the above-mentioned ways are used by popular streamers and big players of lol.

Offline mode is a great way to play and progress without getting disturbed. While you should socialize, there are some times when you are tired and just want to silently play 1-2 games, cook dinner, and sleep.

In this type of situation, offline mode is the best mode, it will not only make you relax but also you don’t have to answer your friends to not play with you. Without being rude, you can play the game easily.

Other than that, if you don’t want to put this much effort, you can simply buy a smurf account but you will certainly lose the enjoyment and pleasure you get when you complete each level one by one.