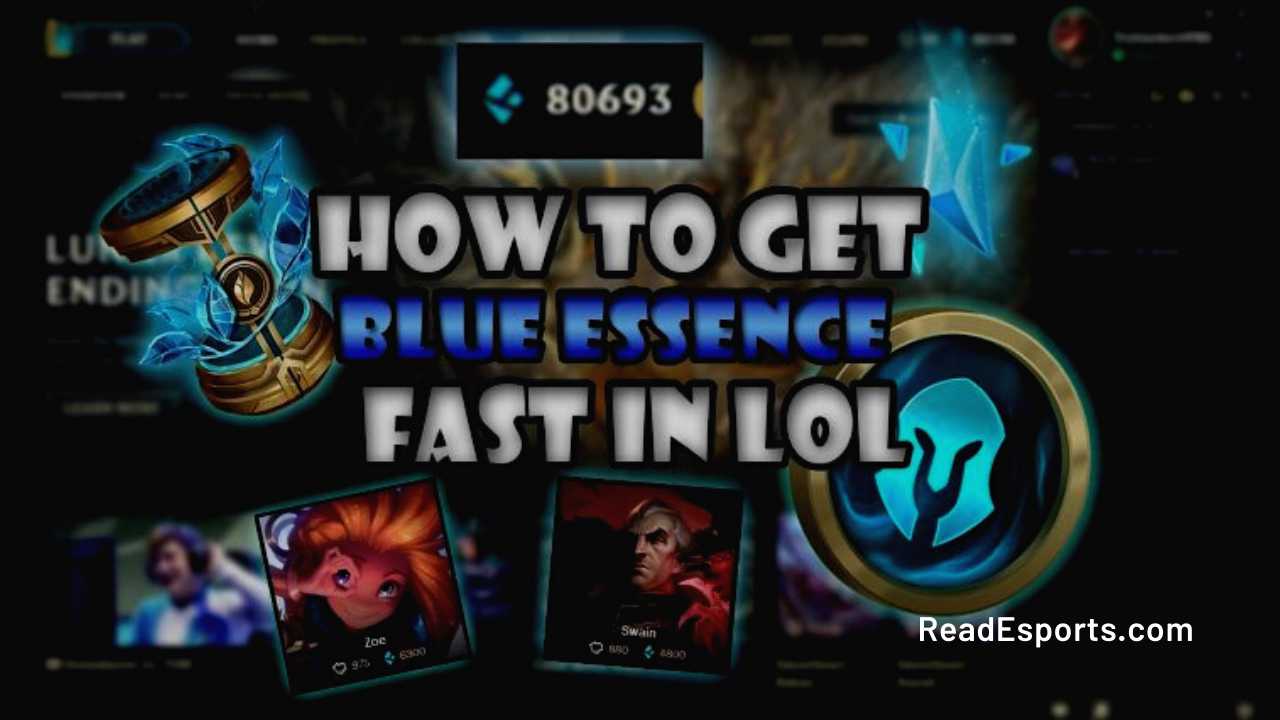 At times the game has only two mainstream currencies one of which is Blue Essence and the other one is Riot Points. Although to acquire the later mentioned, the players have to pay, unlike Blue Essence.

Blue Essence was first introduced at the commencement of the season 2016 to prevent the players to spend IP in order to unlock the champions. 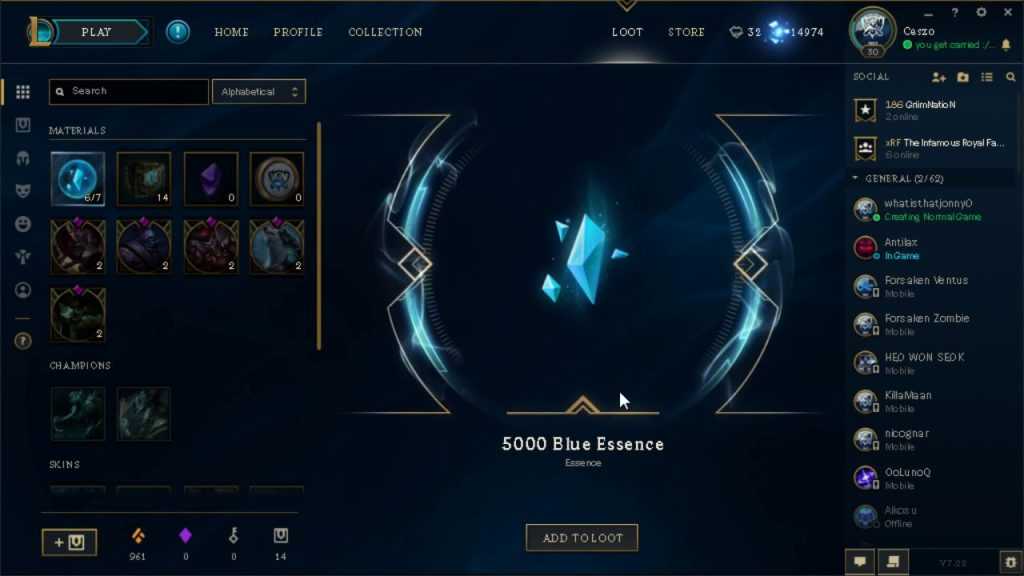 After a certain period, it coalesced with Influence Points on the patch V7.22. In a situation where you are planning to buy anything in the League of Legends, you are required to have enough balance of this currency.

Blue Essence is symbolized by a blue shard logo in the game. You can ascertain the count of your Blue Essence currency on the top tight is the client; look out for the blue shard icon.

It is a significant way to reveal and utilize the content without paying the real-world currency. By having the hold a decent stash of Blue Essence, you can spend it on any of the items such as additional rune pages, champions, and chromas.

Knowing the primacy of the Blue Essence, anyone would want to get their heads around how to get hold of it and that too in little time. So here are all the details which explain Blue Essence and ways to earn it as quickly as possible.

What can you do with Blue Essence?

Anyone having hold of this versatile currency can be prospered in the following manner:-

How to get Blue Essence Fast?

The fastest way that can be trailed upon to get the subsequent part of the Blue Essence is by achieving maximum level-ups.

You will receive a champion capsule every time you get a level up, and unlocking the capsule then will give you champions that you can convert into 90, 270, 630, 960, 1260, and 1560 Blue Essence relying on the cost of the champion.

Champion capsules are awarded at level-ups starting from Summoner level 5. They Include champion shards that can be disenchanted to gain BE (Blue Essence), activate to have 7 days rental, or upgrade to permanently unlock the champion. Are you looking for How Many Skins are in LoL? 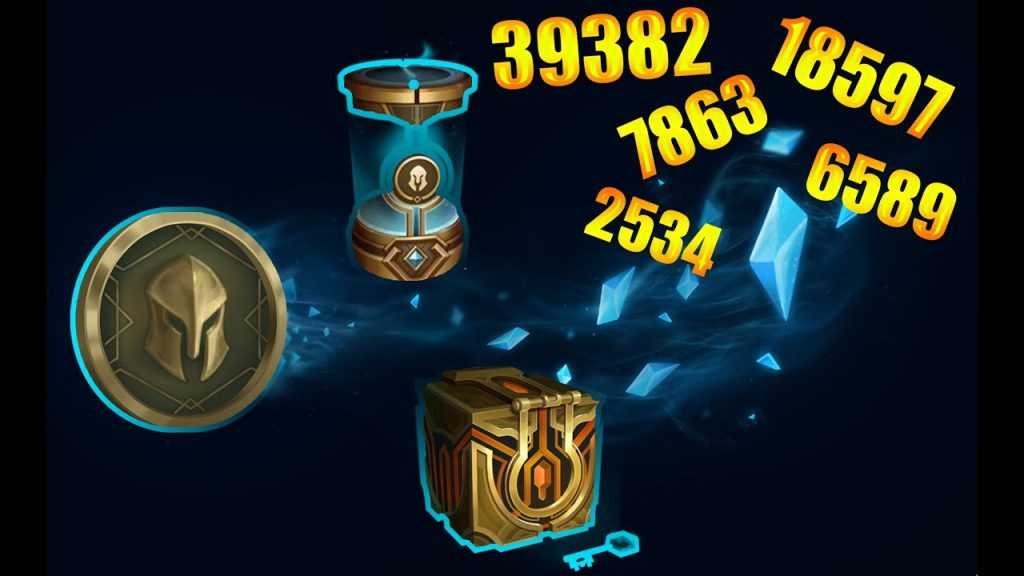 These capsules also have a probability of giving out BE between a range of 860 to 1260 BE. This is one of the ways in League of Legends to earn Blue Essence.

If you want to know the fastest way to get Blue Essence, it is to buy XP Boosts and play ARAM’S. ARAM also has the feature of a boost, which gives everyone a random skin for their champion and an extra 200 Blue Essence for themselves.

ARAM is known for farming XP, and there are many different tricks to do them. You can combine all of those with XP Boosts, and it will be the fastest way to level-up and thus get more champion capsules, which will then give you the desired Blue Essence.

How much Blue Essence per Level?

Champion capsules are very random, and the amount of Blue Essence you get per level depends on it. You can get 90 BE being the worst amount to 5040 Blue Essence bring the best amount if you get all the best rewards.

Getting both of these is quite impossible, so you should be averaging at about 1500 BE per level. 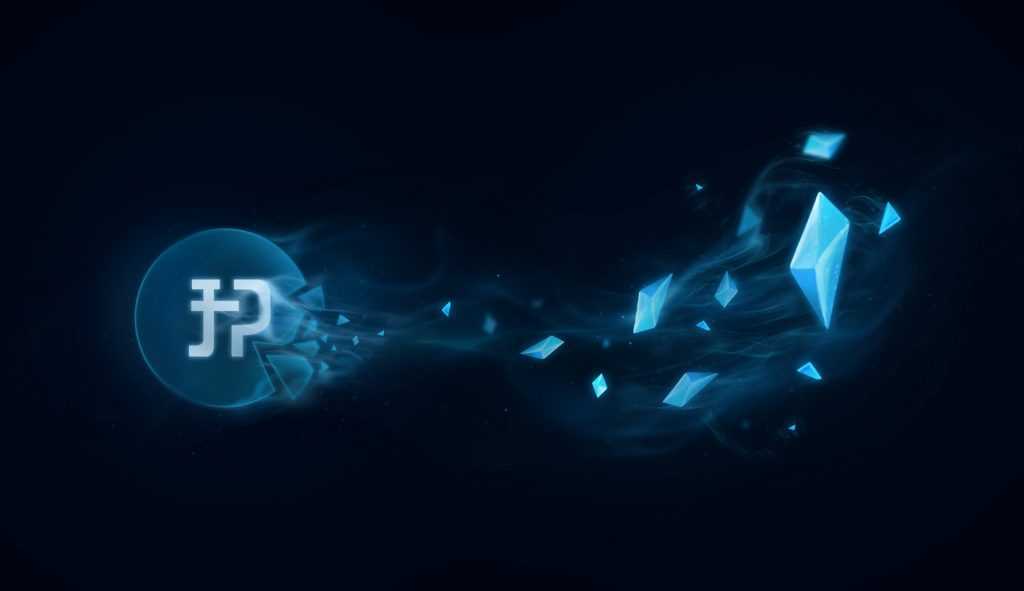 A Guide for Blue Essence Farming

Now let us talk about how to farm Blue Essence. There are a variety of ways to get the blue stuff. Blue Essence farming is very simple.

In farming, you devote all your resources to get BE, which you can then use to purchase champions or other accessories from the shop. There are various ways to get BE, and this section will list you every one of those ways.

To get started, you will have to play enough matches and earn XP to reach summoner level 5. After this, you will start receiving items called champion capsules every time you level-up from this point. 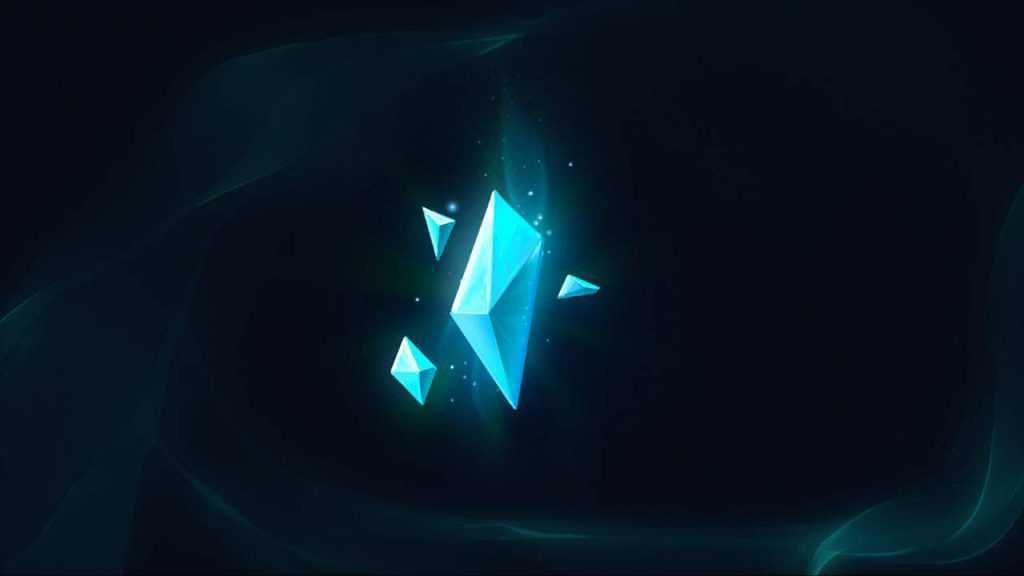 It is the key to unlock ways to start building that big pile of Blue Essence. And also, these early levels will help you improve your playing skills.

This is the simplest and easiest way to earn Blue Essence. Some milestone levels give an enhanced champion capsule, which contains many more rewards and gives more BE.

When you crack these capsules, there are chances they will contain all sorts of things like key fragments, Ward Skin, emotes raw BE, and champion shards.

There are chances that you will receive a permanent shard instead of a regular one. You can disenchant these shards to obtain more Blue Essence.

First Win of the Day

The First Win of the Day is a mission that resets it every 20 hours. This mission gives you 50 BE for the first win of the day. It is not much, but you can earn 350 BE per week if you play one game a day and win it.

This is long term and not for quick farming in Blue Essence. This is one of the ways of League of Legends Blue Essence farming.

The chests have a 20% chance of giving you a champion, so the opening chest can also help you get BE. Users can earn a chest at any time their fellow teammate or they get a hold on an S rank during the match with their own champion. 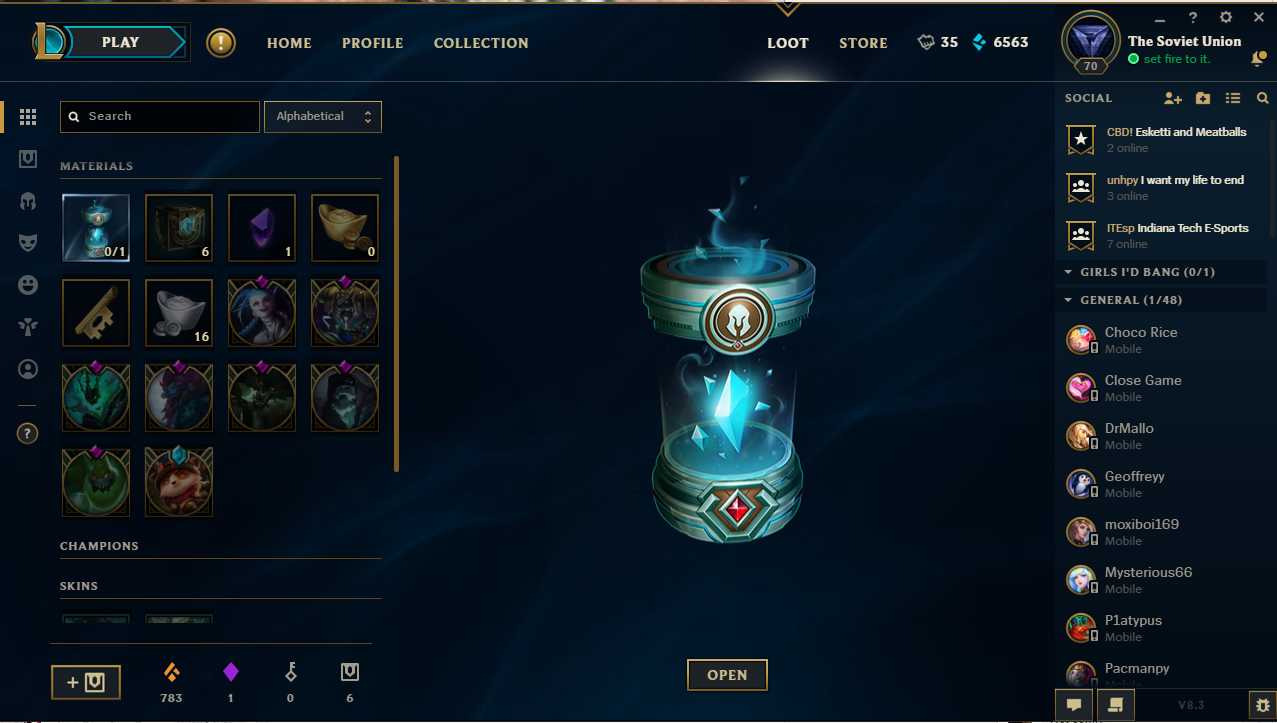 Here are the items related to Blue Essence that have a chance of dropping:-

To air out a hextech chest, you should get key sections and convert them into hextech keys. You will learn key fragments on the off chance that you are a good player. Yet, they will be upset haphazardly. Try not to hope to acquire them constantly. When you assemble 3, you can join them to open the hextech chest.

League of Legends often announces a certain set of Missions that can have BE as rewards. These missions come along with Events such as The Project Event or The Pulsefire Events.

The missions reward players for completing certain objectives in the match-made games and many of them are event specific. They vary, but it is usually Quest stuff like ‘win a match’ or ‘play X matches.’

These missions can give you Blue Essence from 800 to 6300, which is quite the amount. This isn’t a reliable way to earn Blue Essence as there have been many events where BE wasn’t part of the rewards.

If we assume you bought the event pass and gathered about 2000 tokens, then you can get 20000 Blue Essence. Now, this is one of the real ways to get Blue Essence in the league.

The honor capsules also have the chance of giving Blue Essence as they give out champion shards and emotes, which can be disenchanted for Blue Essence.

After a game ends, each player is given 40 seconds to recognize one other friendly player in one of the three categories – stayed cool, great short calling, and GG.

Play a match-made game, earn the honor, and you will start climbing honor ranks. 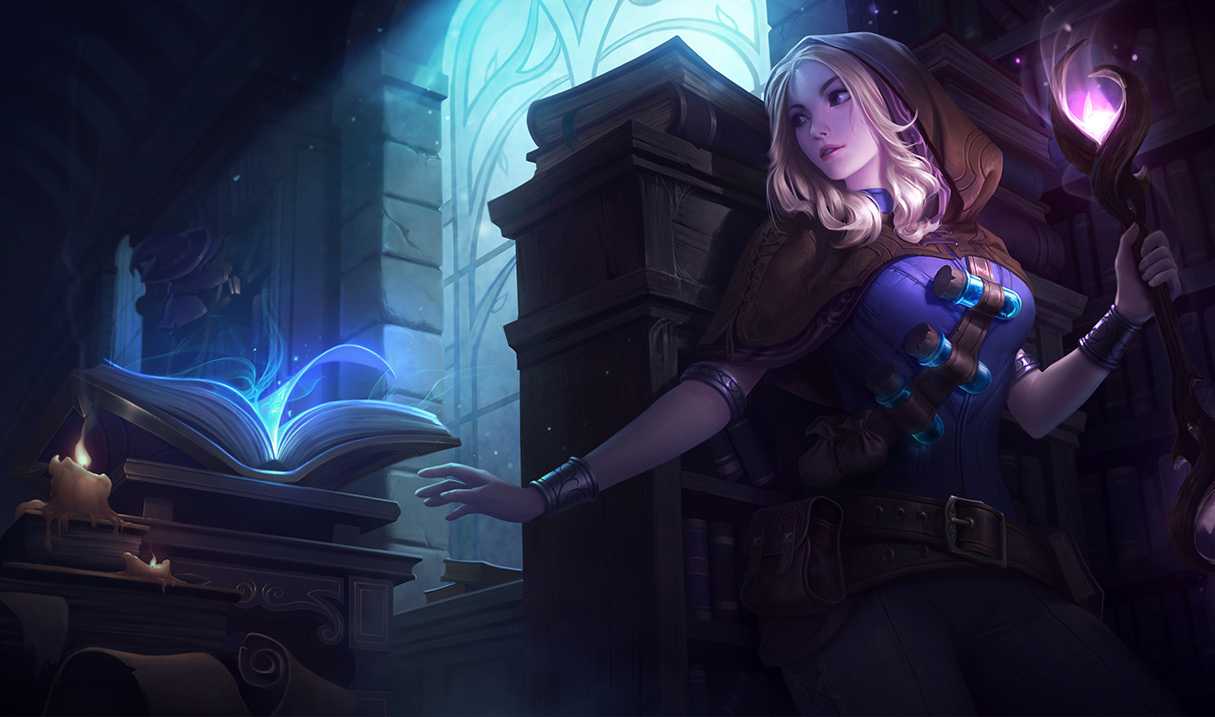 So if you are an honorable player, you will start leveling your honor ranking. This, in turn, leads to some new rewards which play a part in earning Blue Essence.

So these were all the ways to get Blue Essence in League of Legends, and now you can decide which one is the best way for you. Do you wanna know more about League of Legends Latest Player Count?

League of Legends Champions and their Blue Essence Costs

These can be gained in return for 90 Blue Essence or obtained as champion permanently for 270 BE.

These can be disenchanted for 270 BE or made into champion permanent for 810 Blue Essence.

You can obtain these by clearing 1260 Blue Essence from your deposit or else you can also gain them as a champion permanently in turn of 3780 BE.

Here are a few tips which will save you, Blue Essence, while building your champion pool, as well as ways to earn it a bit faster than usual.

If you play the game regularly, you might already know about these tips. They are something you will learn and notice when you play consistently.

This way, you will level-up fast and get more honor, and in turn, you will start getting the chests, capsules, and shards which you need to get Blue Essence.

So after reading so much about Blue Essence, you must be now clear that in League of Legends, BE is very important. If you want to buy anything you will need Blue Essence. 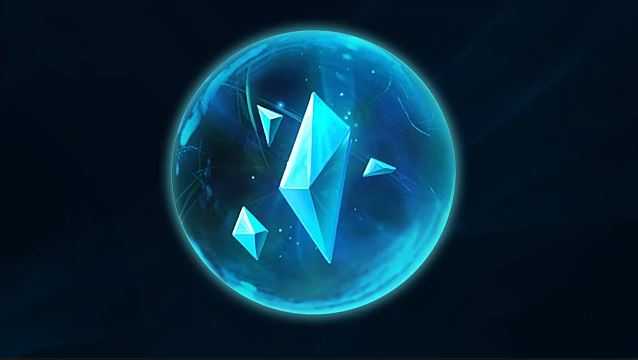 And the best way to earn Blue Essence fast is by being consistent in the game. Your focus should be on winning the games and reaching level 5 as soon as possible because it is after level 5 that you will start getting the capsules and other rewards.

And after passing this level, you must focus on level-ups. They are the best source of Blue Essence. You need to use your champions, key fragments, and honor carefully to get the best out of them.

Consistency is the key in League of Legends. Even if you follow all the tips and tricks of the game, but you aren’t consistent, then nothing will work for you.

The honor orbs and capsules will help you with the things they have to earn Blue Essence. The game announces various missions and events frequently.

So apart from earning Blue Essence from Level-ups, you can also earn them through missions and events. The missions are usually very simple and easy to complete, like ‘win a match.’

You don’t need to do anything extra or something in particular to complete most of the missions. They are completed by whatever you do during the game.

Just before starting the game, take a look at the missions so that you know doing what will give you what. It is a way to know your rewards before even playing the game.

So these were some basic tips and tricks for Blue Essence that every player of League of Legend should know to earn Blue Essence quickly.