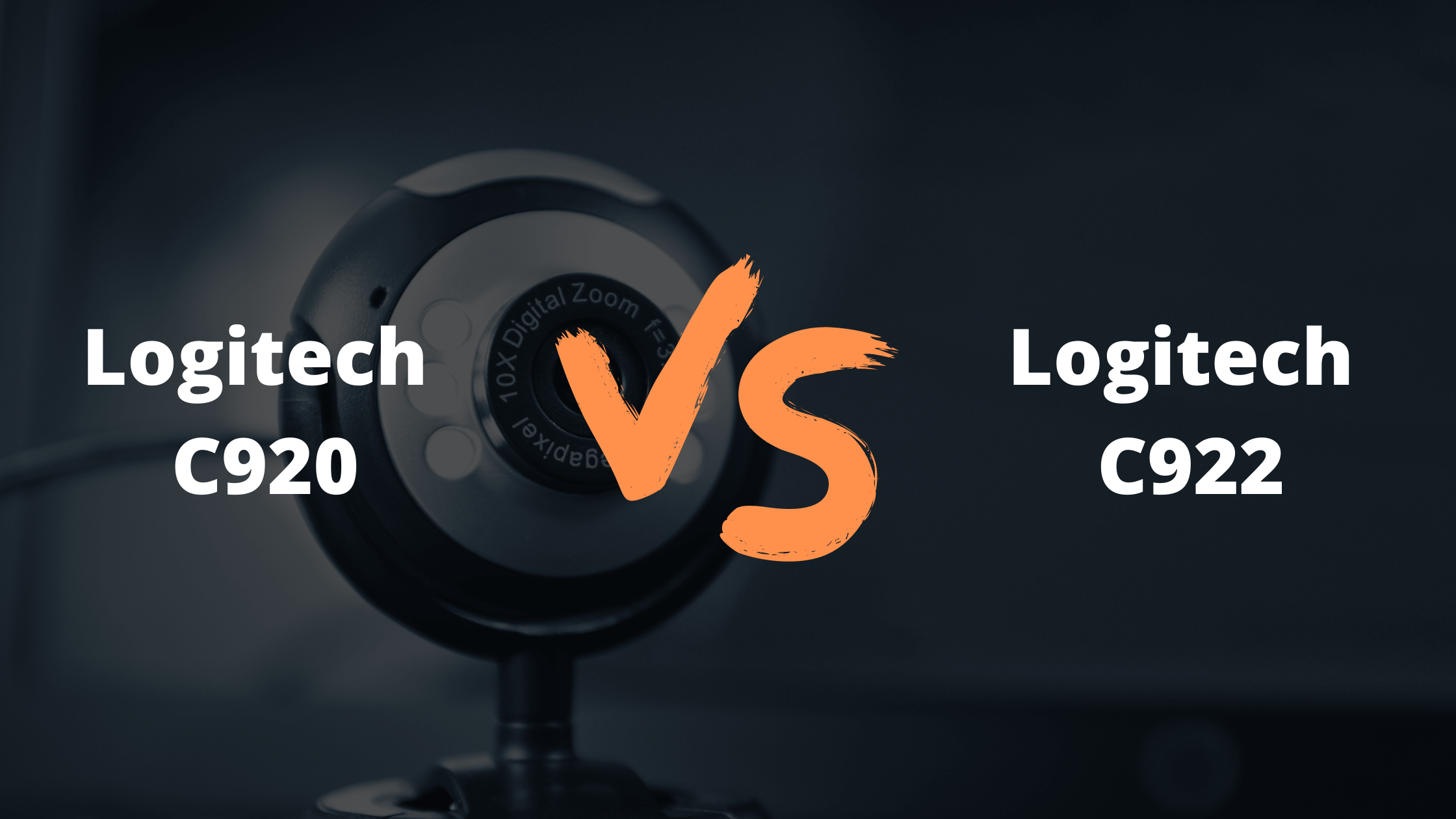 Both of these webcams are build by Logitech but they both have differences in terms of specifications, build quality, pricing, and various other factors. So in this guide, we will talk about all the things which are different in them, along with a detailed comparison so which one is best for streaming purposes and why.

So let’s start by looking at the specifications of both the webcams first.

In terms of design, there isn’t much difference between both of them, the only visual difference I can see is that they replaced the blue light with a dimmer yellow light on Logitech C922 to achieve a better light correction.

Other than that the look is the same, with a minor change in the Logitech logo, The Logitech logo is a litter bit larger in the case of C922. Both of them are well designed to work with a tripod

But both of them only support 30 FPS at 1080p recording, so if you are planning on streaming at 1080p then you won’t notice any difference in the quality of your video as both of them uses the same lens.

It is one of the coolest feature upgrades in Logitech C922 so if you are planning on background removal without a green screen then this feature will help you.

So after such a deep comparison of Logitech C920 vs C922, it’s time to make our decision.

In terms of features, Logitech C922 is a clear winner as it provides recording at 60FPS at 720p along with a dynamic background removal feature which is quite impressive.

But in terms of budget, Logitech C920 is cheaper but again it doesn’t come equipped with a tripod so if you are planning on buying a tripod with it then, in that case, I am again going to recommend you to go with Logitech C922.

Also if you are planning on starting your streaming on platforms like youtube, Facebook then any of the users like to watch a stream on 60 FPS only. If I had to choose between watching a stream at 60FPS at 720p and 30FPS at 1080p I will go with higher frames as it is what matters to me the most and obviously gamers prefer higher frames whether it is in the games or stream.

So I would clearly suggest you go with Logitech C922 which will provide you with better frame rates, better light correction, and many other minor tweaks as compared to Logitech C920.

Yes, you can attach both of them with a tripod, in fact, you will also get a tripod with Logitech C922.

Does the C920 have background removal?

Do they support microphones?

Yes, both of the Logitech has a stereo microphone embedded with them.

I hope this comparison helped you to choose the best among Logitech C920 vs C922. If you still have any doubt regarding them and want to know more better about any of their features do comment below.