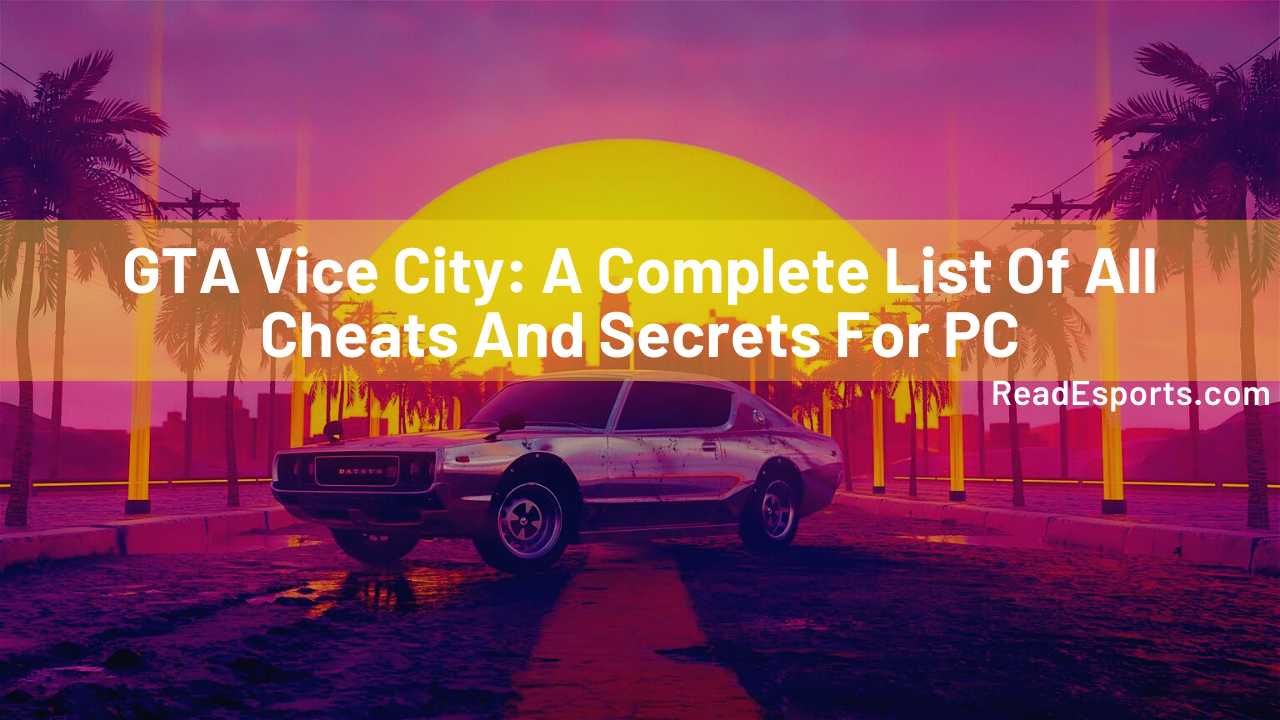 GTA Vice City is the fourth game released in the Grand Theft Auto series of games. Despite having been released back in 2002, it is still one of the most popular games in the series. In the game plot, you get to the 1980s, where you merge with criminal gangs and various criminal groups in the Vice city.

Vice city is a city that was invented by the creators of the GTA game in Miami.

This is a very interesting and addictive game, but passing it without cheats for GTA Vice City is pretty difficult. But with the certain GTA Vice city cheat codes, you will be able to pass this game easily. They will help you to continue the different missions of the game, give you extra weapons, health, and transport, etc.

If you cannot finish the game the first time, don’t despair – the cheats for GTA Vice City will definitely help you to do this.

GTA Vice City cheat codes are central to anyone playing the crimeathon who wants to skip straight to the action, granting you the ability to do everything from changing your character skin to spawning weapons and changing the weather, etc. 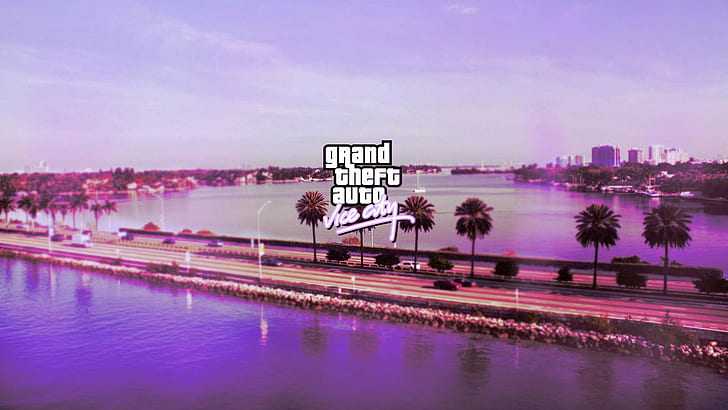 Remember that cheating is bad, in most cases. But since this is a single-player game, go right ahead. There are some things to keep in mind though, though rest assured, none of which will affect your moral integrity.

At this point GTA Vice City is available on a range of platforms, But below you’ll find our list of all GTA Vice City cheats on PC so you can wreak havoc in Rockstars version of Miami wherever and whenever you’re playing.

Cheats work in the PC version of GTA Vice City in the same way as the other versions, just with keyboard inputs instead of buttons.

Entering cheat codes in GTA Vice City is surprisingly easy. Rather than having to install a mod, perform an interpretive dance, or some other bullshit, you can just enter as you go. There’s no special console, nor any specific commands to remember.

Just enter the codes below in whatever case you want, and you’ll be rewarded with new godlike powers. If only it was that easy in real life. While entering cheats is all pretty simple, there are a few things to bear in mind when you are thinking of using them. Here is a quick rundown of what you should definitely know. 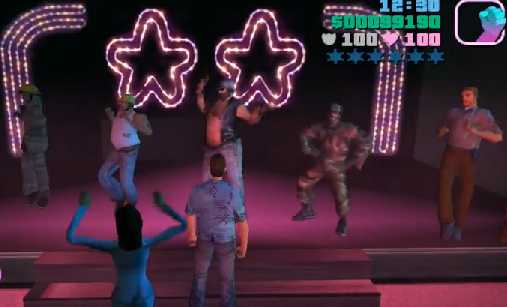 Everyone from wealthy, trendy women to Cuban gang members are in attendance. There are no signs on the building depicting the name of the club, but it is referred to as the Malibu.

The club can be purchased by protagonist Tommy Vercetti for $120,000 after the mission Shakedown, which then triggers a series of missions. After completing the missions, the club generates up to $10,000 in revenue a day. 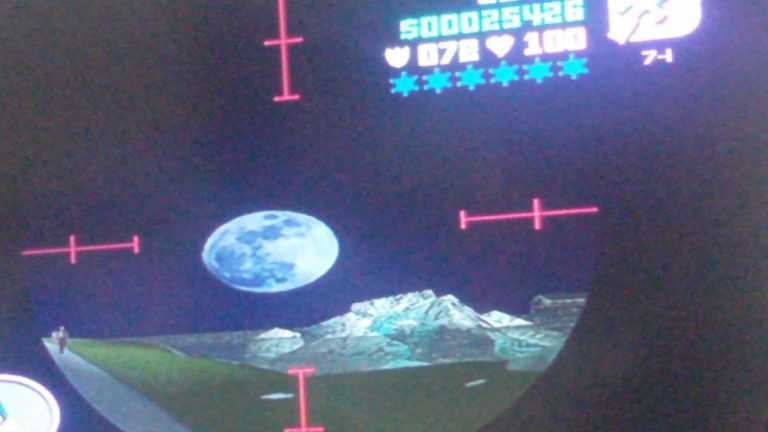 The moon changes its size when shot at with the Sniper Rifle. Do it twice and see the magic happen. If you shoot the moon with a sniper rifle, it gets bigger/smaller. It is an easter egg intentionally kept by Rockstar in the game.

To increase the tank speed, turn the tank’s turret around so it faces backward. Now keep firing while accelerating and you will see going a lot faster.

You can rob a bank. After you have completed the Malibu mission “The Job”, you can rob ‘El Banco Corrupto Grande’ for some easy money. Walk right in and turn right up the stairs. This will give you a four-star wanted level.

Then walk into the manager’s office to get 1/3rd of the cash. The rest of the cash is in the room with the elevator, on the right side. Then jump off the balcony and just run outside. To shake the police, you can turn left to the nearby Pay N’ Spray. It’s not too much, but it’s easy to cash. 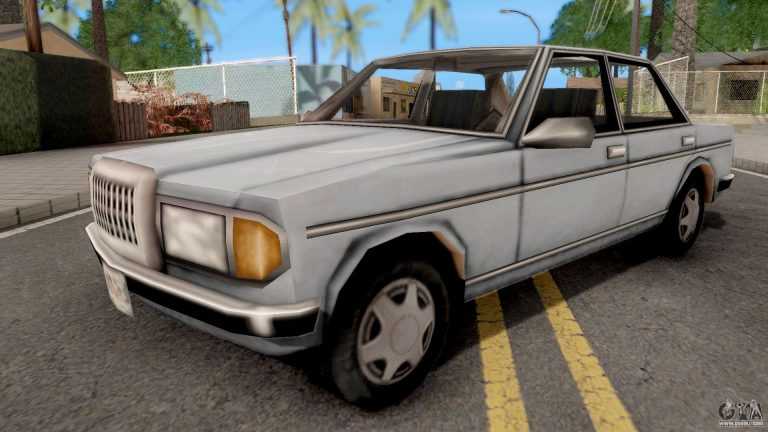 Admiral car.  Also fire-proof, explosion-proof, and collision-proof car. Activate the Guardian Angel’s mission, and kill the Haitian gang members. The Admiral is the white car that Diaz drives in the cut-scene.

Deliberately try to fail the mission by killing Diaz, Lance, or letting the Haitian biker escape with Diaz’s money.

Once the mission fails, the Admiral’s doors will be unlocked and you can drive it back to the garage or place of your choice. Naturally, you will have to purchase property that has a garage first. 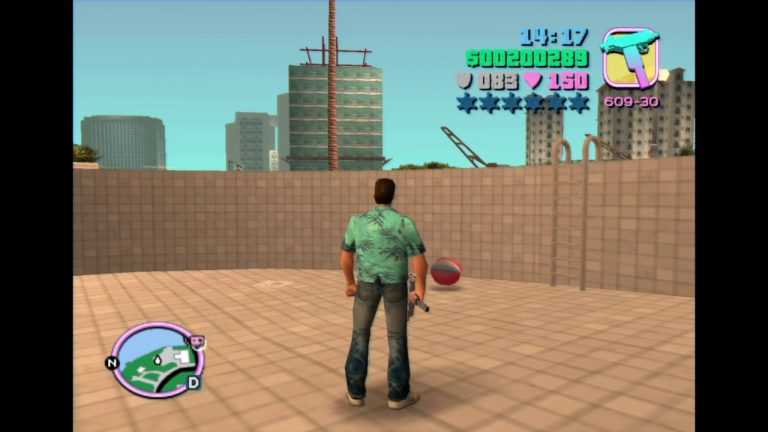 Go to Starfish island. When heading west, go into the first house on the right side. In the empty pool, you will see a beach ball. When you run into it, it will automatically bounce. Bounce it on your head and you will see that numbers will appear. The trick here is to always be in the shadow of the ball.

One of the advantages of buying expensive companies rather than smaller ones first is you can get more money in return. For example, if you buy the Print Works for $70,000, you can get $8,000 dollars per day to make buying the other companies easier. Do not forget that you have to complete a certain mission in the Vercetti Missions before you can purchase companies.

For instant power-up, drive up next to a hooker and wait. If you are driving a swank enough car, she will start talking to you. Eventually, she will get into the car. At this point, drive to a quiet spot and see the magic happen. The car will start rocking, and your health will automatically grow from 100 to 125.

This health-up only works until the next time you die in the game.

Here is a way to enter the golf course without having your weapons confiscated. First, take the Comet car nearby and drive it next to the fence. Get out and jump onto the car. Then Jump onto the fence, and then jump onto the second fence at a diagonal angle and drop down past it.

You will now make it into the golf course with all your weapons. This trick can be useful especially for the “Four Iron” mission.

He Sleeps With the Fishes 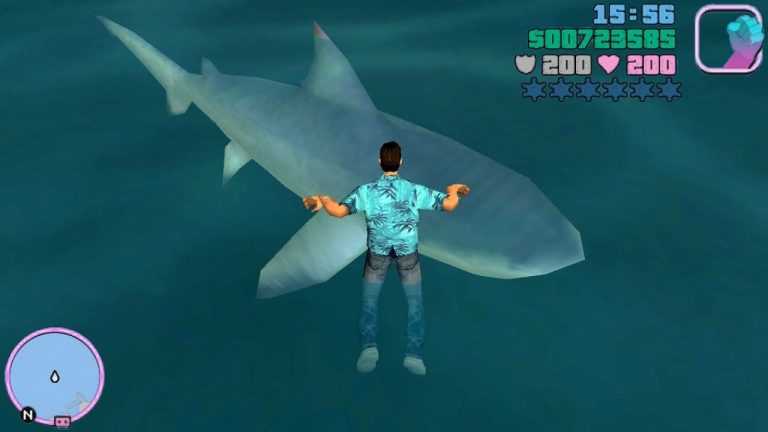 Get a boat. Then go between the Golf club and the third island. Go up to the rock and stop your boat there. Get the sniper rifle in the cheat and look down on the rocks from the boat. You will magically see a man in boxers with concrete on his feet.

Unfortunately, there are no cheats available for getting free money. But there is a way to get free money. To earn money quicker, trying hitting into the Parking Meter. Drive over parking meters with your car or bike. This will empty out the cash into the streets.

You get free money quicker. You can enjoy free money but obviously, that takes a long, so to get more money, complete a few missions and until that dollar sign shows up in front of your property, you should be able to build upon the revenue you earn through the missions you do.

The director tells him that Candy Suxxx and Mercedes Cortez have been brilliant and that they are preparing to film the boat scenes tomorrow.

Vercetti reminds Scott that there are to be no giant sharks in the film. Vercetti asks him if he has printed the promotional leaflets. But he knows that they are not allowed to distribute them. Vercetti tells him that he has his plans.

After you complete the mission, the flyers will continue to blow around town as long as you are playing the game.

If you want to kill the police without receiving a load of wanted stars, use the main blade of a helicopter and angle it so that the blade hits them directly. You accrue less “wanted points” in this way.

So that was the list of all the cheats and secrets in GTA Vice City on PC. Now, you can wreak havoc in Rockstars’ version of Miami wherever and whenever you’re playing.