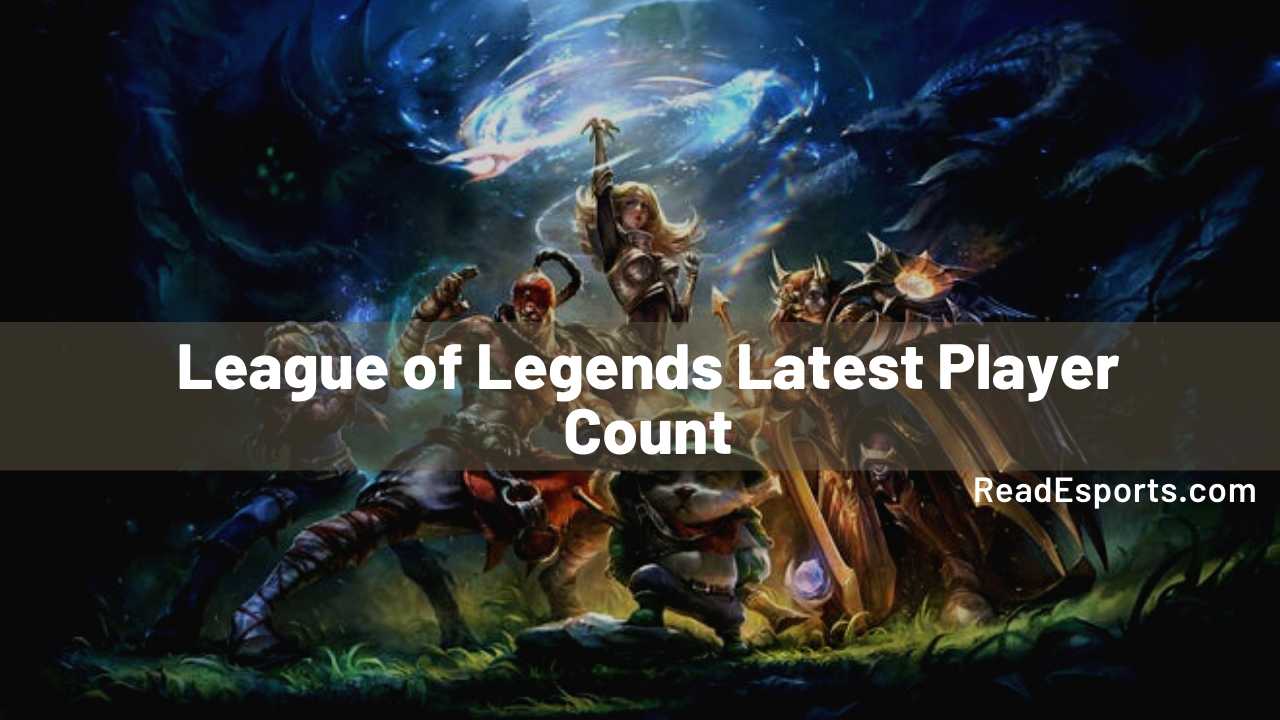 League of Legends was first released in 2009 by Riot Games and has been growing in popularity ever since, not only as a mere form of entertainment but also as a money-making device owing to its presence in eSports.

The basic premise of the game is to destroy the opposing team’s nexus – a protected structure located within the enemy’s base.

The player acts as an invisible summoner who then controls a uniquely skilled champion in order to battle the opposing team of other players and conquer the rival’s nexus.

League of Legends is a free-to-play game and its monetization is based on microtransactions via special in-game currency called Riot Points, with which players can purchase champions, champion skins, ward skins, summoner icons, and multi-game boosts. Are you wanna know about How Does League of Legends Work? 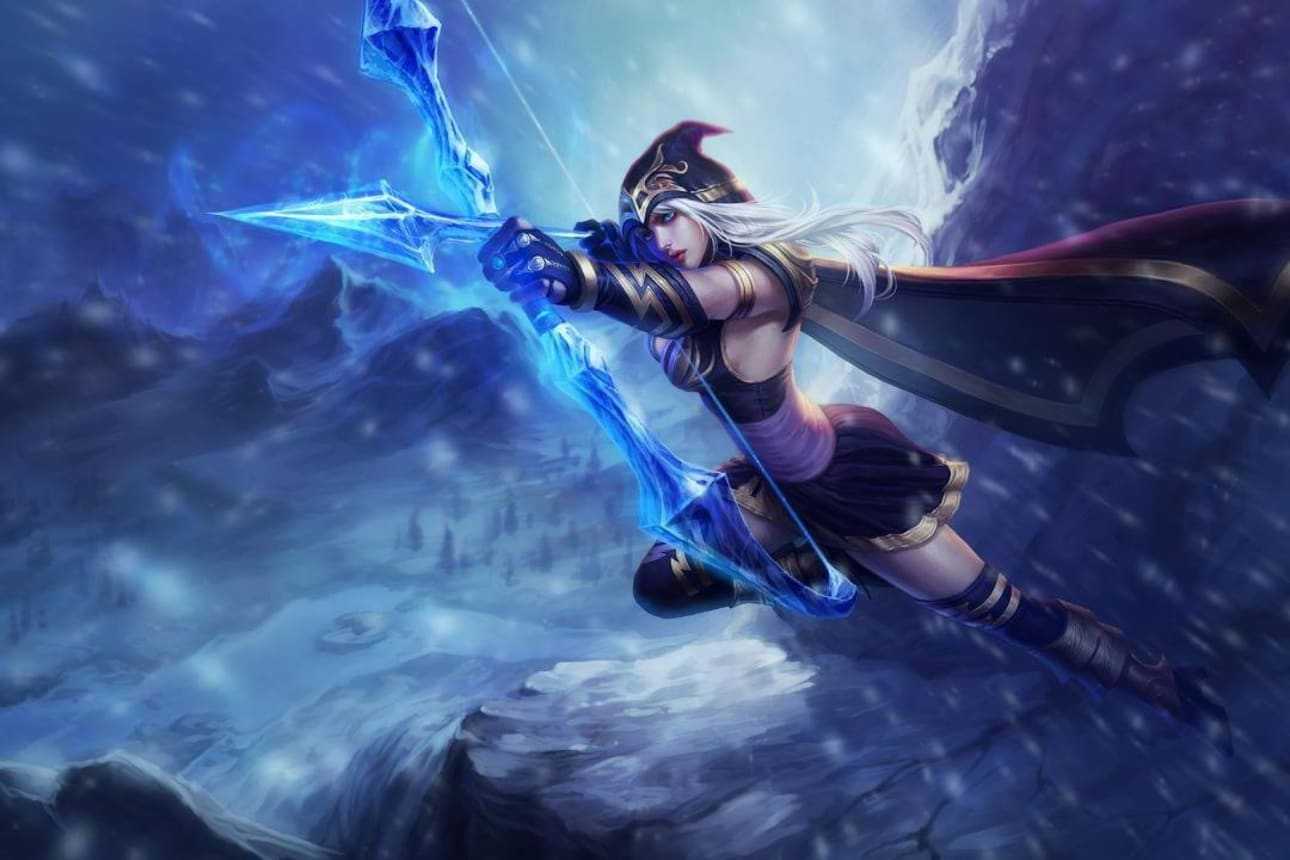 The average annual spend on this in-game content stood at 92 U.S. dollars per gamer in the United States in 2019. Given the success of this revenue model, it comes as no surprise that League of Legends revenue has consistently exceeded one billion U.S. dollars worldwide in recent years.

Despite being over 10 years old, League of Legends consistently ranks as one of the most popular video games in the United States.

The game’s enduring popularity can also be seen in the fact that it is played across all age groups, with 40 percent of League of Legends fans in the United States falling in the 25 to 34-year-old category. 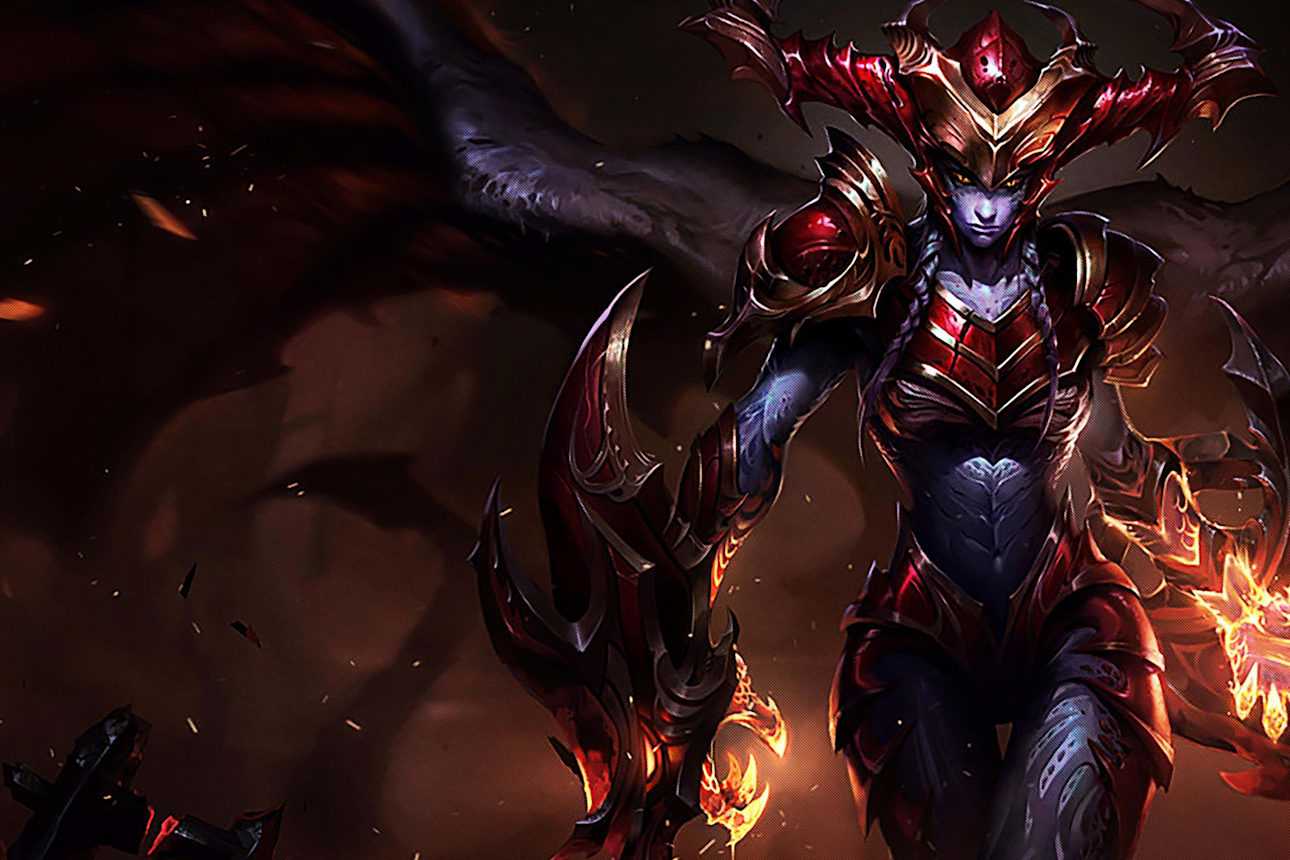 Much like many online games of this genre, League of Legends is mostly played by male gamers – in fact, an estimated 82 percent of the game’s fanbase in the United States is male.

Because of its multiplayer format, League of Legends easily transitioned from at-home entertainment to international sport. Each year, hundreds of professional tournaments take place around the world and culminate in one major event called the World Championships.

This latest edition of the tournament took place in Berlin, Madrid, and Paris, and the prize money awarded to the winners of the final, FunPlus Phoenix from China, reached almost 835 thousand U.S. dollars.

With such large amounts of money at stake, it is no wonder that eSports viewers watch on in their thousands to see who will come out on top.

The average viewers of LoL on streaming platform Twitch has been steadily on the rise, with events watched by an average of over 190 thousand viewers worldwide in August 2020.

Despite the game entering its second decade on the market, its popularity among gamers and eSports viewers alike shows no signs of slowing down.

How big is League of Legends? 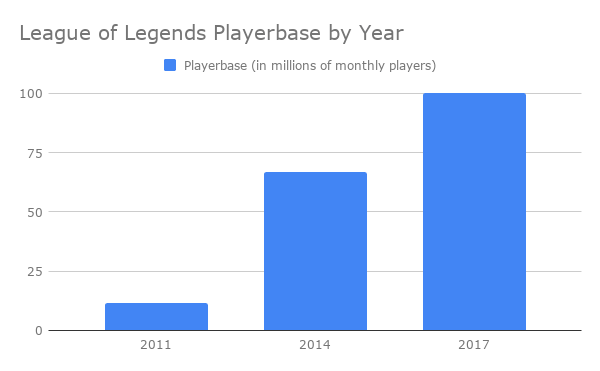 After that, it had a slight drop in its player count to 75 million in 2018 but has made a comeback in 2020 with a range of 100-120 million players. Are you looking for How to Get Blue Essence Fast?

In the next year 2012, Riot Games released another statement about League of Legends player count. They had again given an infographic to help understand the state of the game in 2012.

They had also given other information such as League of Legends has been played for more than 1 Billion play hours every month and the main age group from 16-35.

Fast-forward 2 years into the future, In 2014, Riot Games released another official statement giving details about the state of League of Legends. This time they had not come with any infographics but rather straight up information.

From the statement released by Riot Games, we understand that League of Legends, in 2014 had 65 Million monthly players, 27 Million daily players, and 8 Million peak concurrent players.

In 2017, it got 100M players. But Riot did not release any statement when they reached this mark, but according to analytical data and certain League of Legends graphs, we understand that the player count had reached about 100 Million monthly players.

In 2018, the player count dropped to 75 million. But League of Legends has gained back its position in 2020 because of the number of Events they held and the amount of marketing that had been done.

And now in 2020,  League of Legends has reached a total of 115 Million monthly players according to recent data and has become the King of Games.

How many people play League of Legends in 2020?

Dota 2 only has an 11M monthly player count and a 1M Daily player count. League of Legends is about 10 times the size of its direct competitor, Dota 2.

Several League players face the fan-fatigue that NBA or NFL players live through. Lebron is considered one of the best basketball players to ever live, but another basketball fan may think the opposite.

As the esports industry grows and expands, fan views and opinions weigh heavily on players. Søren “Bjergsen” Bjerg is a mid laner for TSM and is considered one of the best LCS players.

Even as Bjergsen struggled throughout the splits in the last few years, on paper, he still managed to lead the league in KDA and kills. This tends to be a frequent occurrence in the LCS.

However, the narrative is slightly changing, as Yilliang “Doublelift” Peng, one of the more popular names in the NA League of Legends has shifted the spotlight over to Bjergsen.

One of the best marksman players in the world is Gen.G’s Park “Ruler” Jae-hyuk. The former world champion was on Samsung’s World winning roster in 2017. Since that team rebranded to Gen.G, Ruler has been their franchise player. 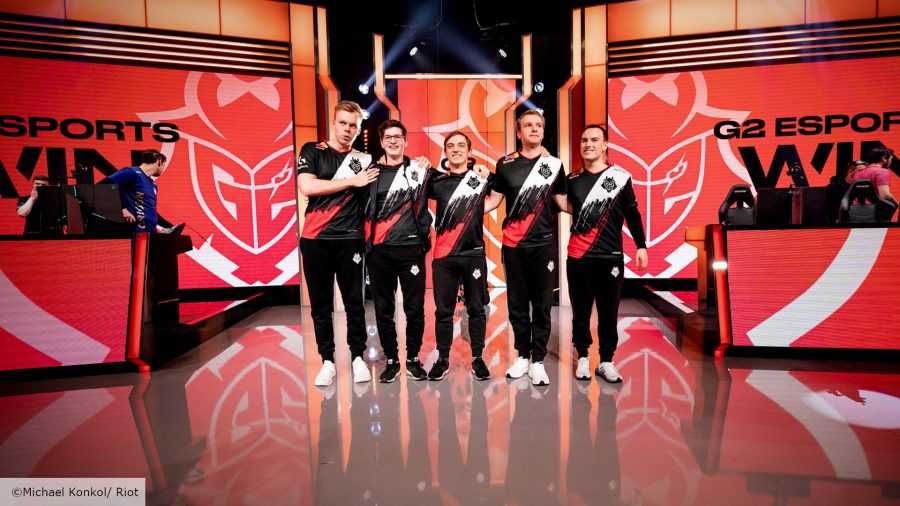 The most important thing about this narrative is that Ruler has brought former T1 player Kim “Clid” Tae-min and other names in Korea to his side, showing the world he is still a capable marksman superstar.

Lee “Faker” Sanghyeok is a South Korean League of Legends player for T1. Faker is known for his highly technical gameplay along with the ability to play almost any champion flawlessly.

Faker is one of the only players, along with his former teammate Bae “Bengi” Seongung, to have won the world championship three times.

T1 offered a new contract to Faker with an “unprecedented” offer that would keep him on the team in 2018. As of 2020, Faker is part owner of the T1 organization and an active player in the team even after all these years at the top. 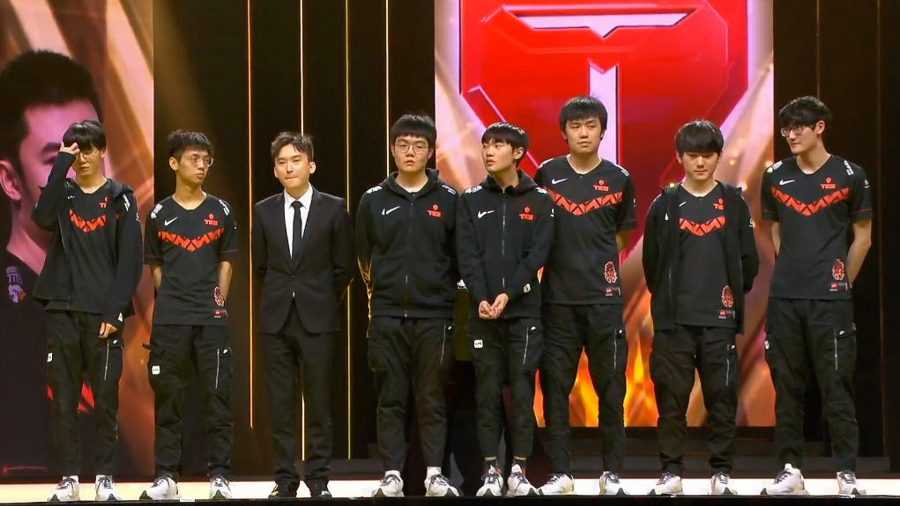 Although, as alluded to, there is another international star gunning for Faker’s prestige. The new superstar in the LPL known as the knight is killing it in 2020.

Top Esports has had this prodigy on their team for years at this point. Now that all the other parts of the team are at a superstar level, the knight is the knight in shining armor. Knight is the LPL Summer Split MVP with seven first-place accolades.

We haven’t seen a player like this in a long time, and perhaps this is the year he begins his mid-lane dynasty against the world.

The League of Legends World Championship is the yearly professional LoL championship hosted by Riot Games. At the end of each season, teams compete in the championship for the title, the 70-pound Summoner’s Cup, and the $1 million championship check.

In 2017 over 60 million people tuned in to watch the championship, which crushed the previous year’s record of 50 million. The LOLWC has been praised for its ceremonial performances and broadcasting quality.

In 2017, over $2 million was raised through sales of the 2017 Worlds Championship Ashe skin, which went towards player salaries and prize pools. 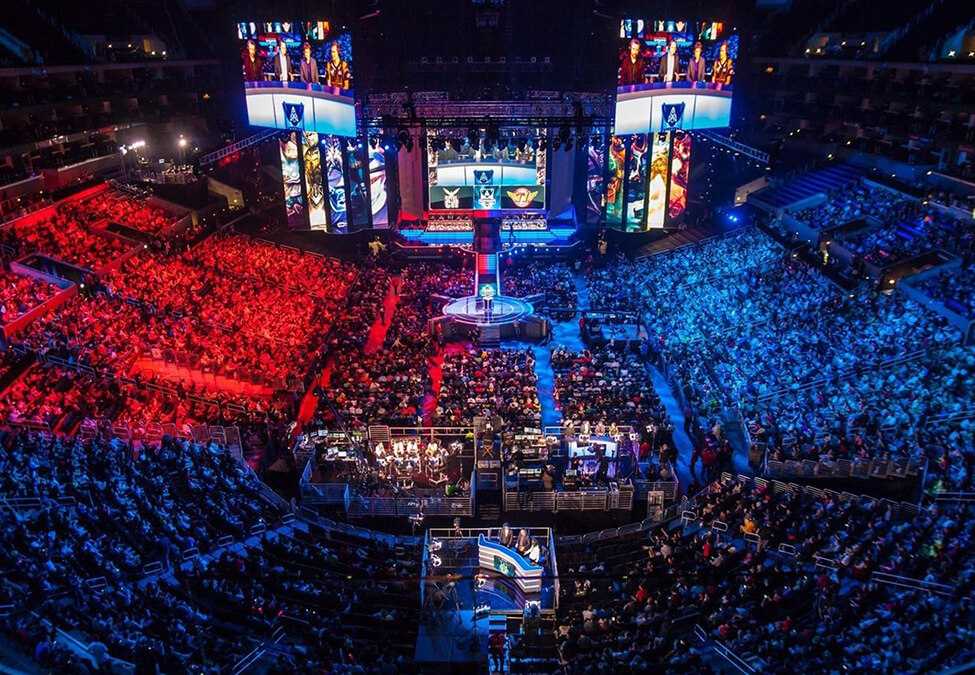 The Mid-Season Invitational (MSI) is a yearly League of Legends tournament that has been held since 2015. It is the second-most important tournament of the year besides the World Championship.

The MSI marks the halfway point of the season as the Spring Split champions from each of the five major regions compete. The MSI features five of the major competitive teams from each regional league along with a wildcard team from a lesser-known region.

The wildcard team is picked through the International Wildcard Invitational, which is held a few weeks before MSI.

There are four leagues at the top level of the professional League of Legends competition, with each taking place in a specific region. 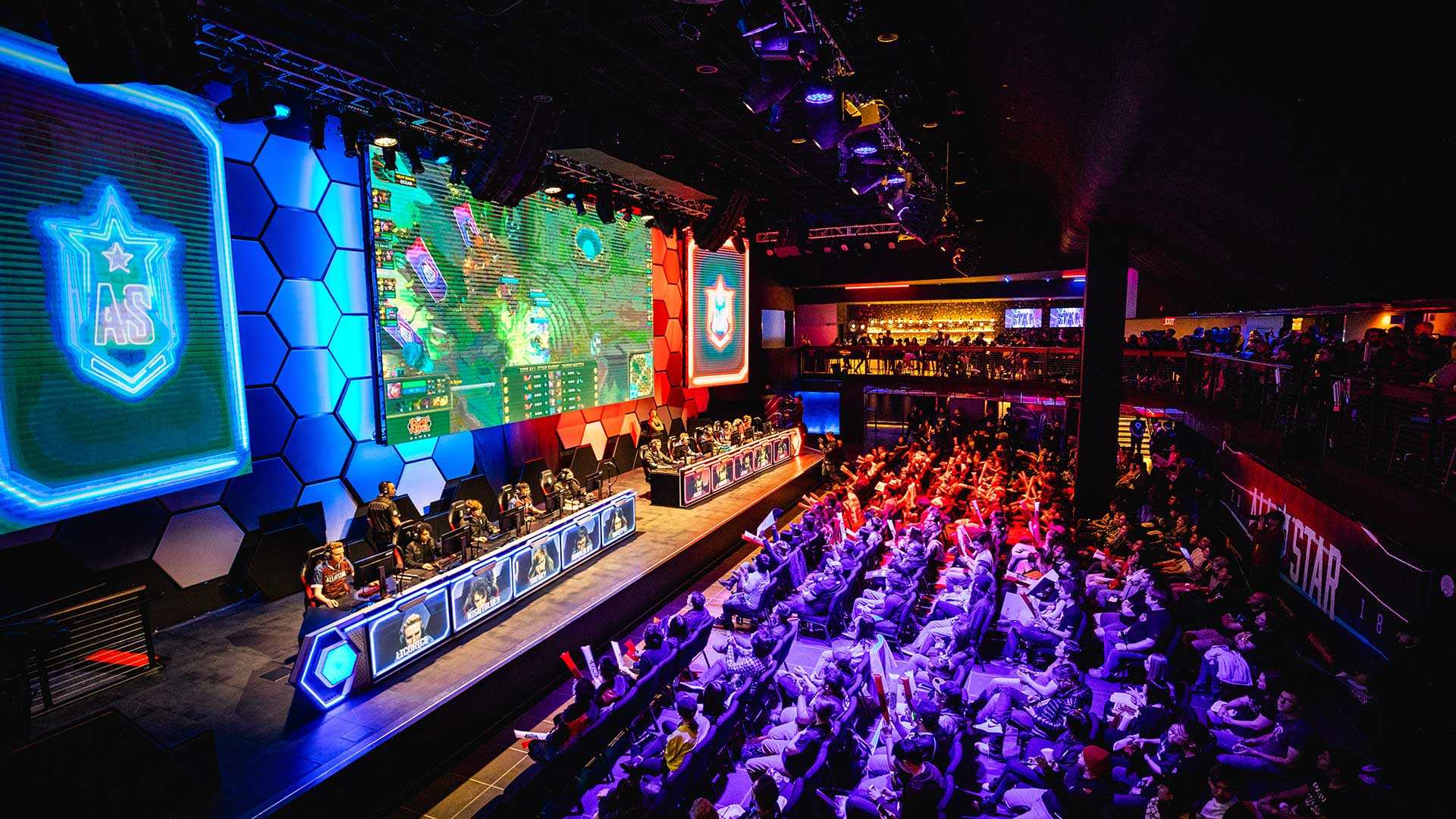 Competing teams gain points relating to their performance in competitions held throughout the year, with the ultimate aim being qualification for the League of Legends World Championship.

The 2019 World Championship, held in locations across Europe, offered up a total prize pool of $2.2m. The winners, FunPlus Phoenix from China, went home with $835,000. The tournament drew a peak concurrent viewership of 3,985,787.

As of 2018, there are 14 professional ‘League of Legends leagues around the world. As for the League of Legends World Championship, there are five premier leagues that have three allocated spots, while the rest is split between the nine remaining regions.

Here is how it breaks down:

League has a worldwide professional scene that has been established with regional leagues along with numerous annual international tournaments. Hundreds of players around the world practice daily to keep up in ranks. 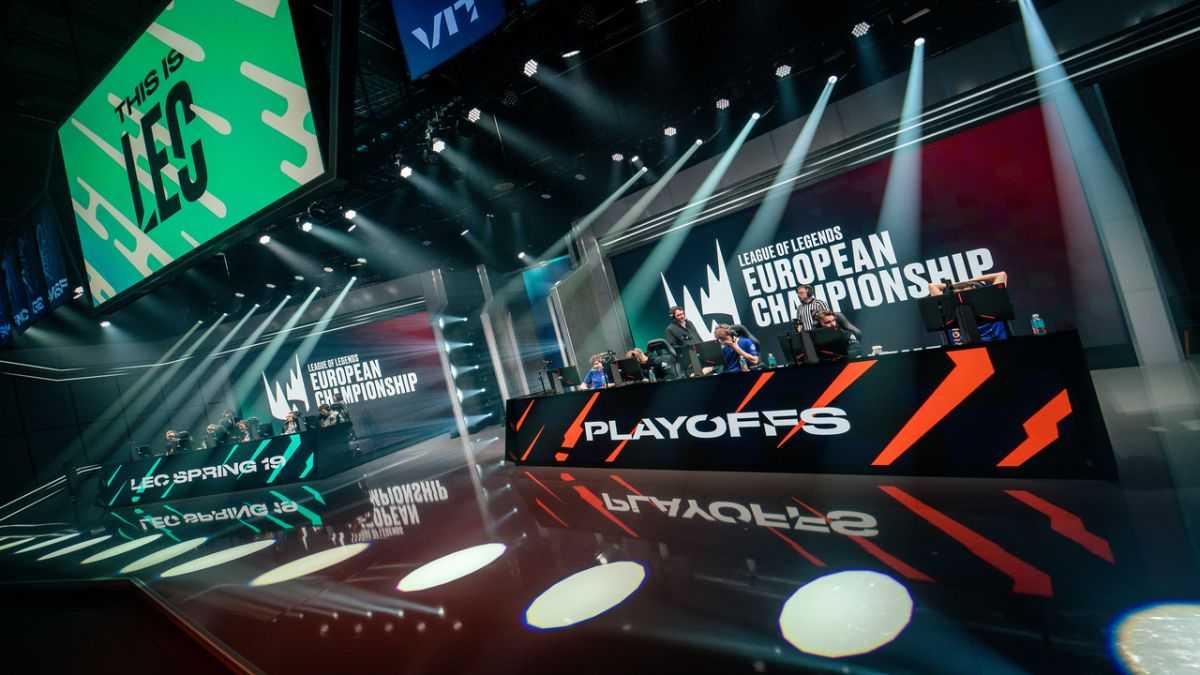 Most professional gamers retire around the age of 21-23. It has been scientifically proven that reaction times begin to lower around the late teens to the early 20s. However, even after competitive gaming, players continue to establish their brands.

Many pros stream themselves playing and practicing so fans and supporters can interact with them. Many players will practice for 6-8 hours a day with their team through scrimmages and game footage, however, that is not shown to the public. Most of the fun starts around dinner time when players are out of “work”.

Imagine sitting down and watching Payton Manning or Steph Curry warm-up for a game. Imagine asking questions towards the best players in the game, and interacting with them on a one-on-one basis.

This is how streaming helps propel players to household names. Players are allowed to interact and chat with fans while answering questions and helping newcomers with strategies and tips.

We have talked before about how complicated the League can be, however, Riot Games is always on the case. For each game that is streamed online, there is a cast of commentators and announcers whose jobs are to explain the game and breaking down the hype.

Of course, over time League will be easier to follow. But until then, Riot knows how complicated League can be on the surface, so they have you covered.

League of Legends has a total of 115 Million monthly players in 2020.

League of Legends and Dota 2 are the biggest games in the MOBA genre, and no other game comes even close to these giants. League of Legends’ player base is significantly larger, and it hits peaks of over eight million players per day.

This figure may be in the region of 8-15 million. League of Legends to this day remains one of the most popular games in the world, and we provide HQ accounts for every taste and continue to love the game and our customers.

League of Legends is surely not a dying game. It is in fact paving the way for the gaming industry and eSports to break out of its niche audience and into mainstream media.

With its efforts in both the competitive arena and involving their content creators, League of Legend’s stats is through the roof compared to all the other games.