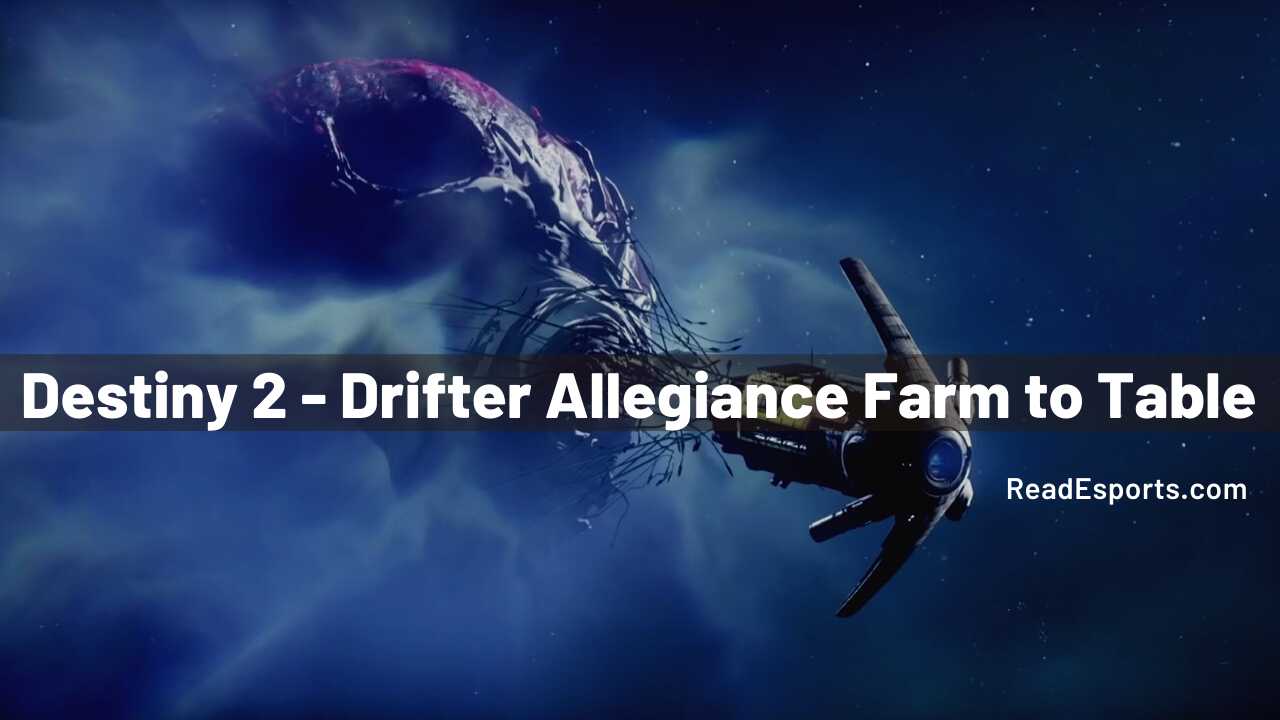 Destiny 2 Drifter Allegiance Quest is the most unique and popular quest in the game and it changes the NPC’s behavior towards you permanently. Missions such as destiny 2 farm to table will deal a huge impact on gameplay. You will have the choice to choose either drifter or stay loyal to the Vanguard. Both choices come with different stories.

So, if you are a destiny 2 lover, you need to play both sides. Remember when you choose Drifter, it will affect other quests in the future. Another thing to look for is you can’t redo the quest.

Therefore you need to choose wisely. Here is the quick guide that will help you understand Drifter Allegiance Quest – honor among thieves destiny 2. Are you looking for the Destiny 2 All Wishes for the Last Wish Raid?

How to Start the Destiny 2 Drifter Allegiance Quest

In order to start the Drifter Allegiance Quest, Go to the Tower, where the drifter lives. First, if you haven’t completed the introductory quest, you will need to complete it. 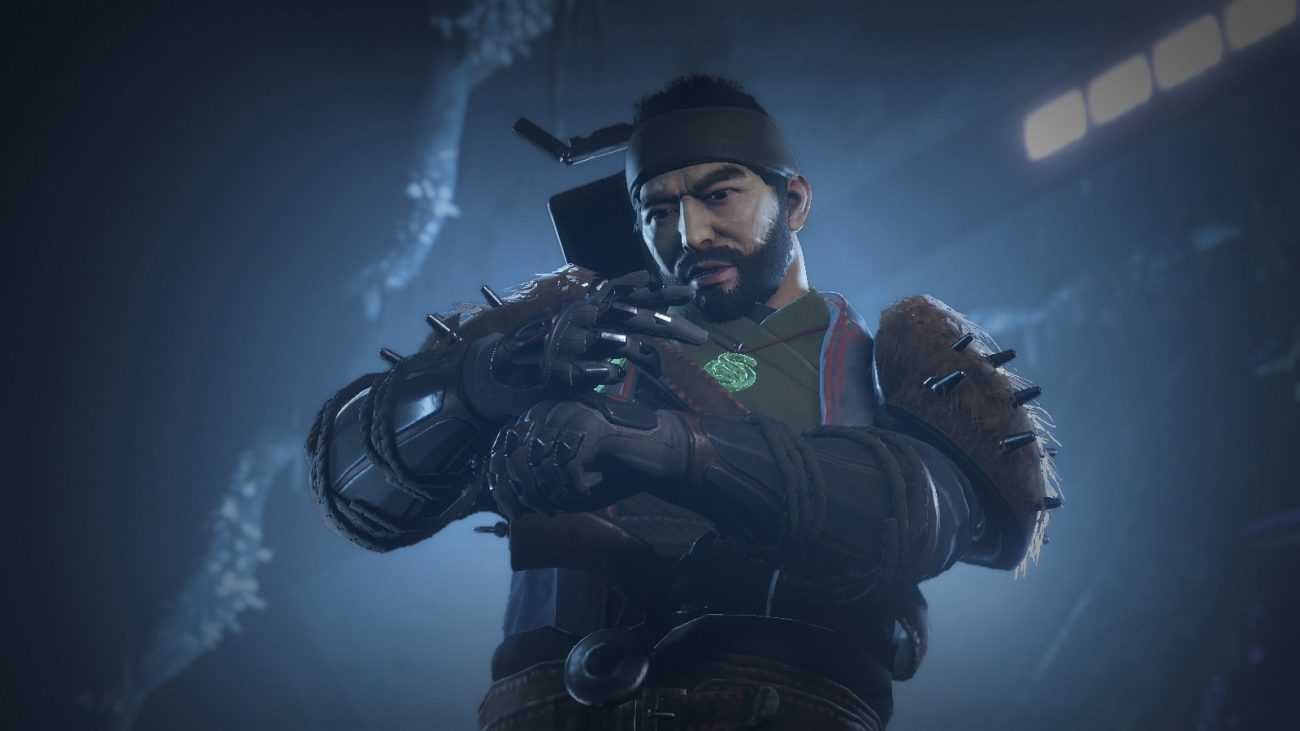 After you made the choice, the drifter will reward you for displaying loyalty and ask you to visit Spider, in the tangled store. But, make sure to take 50,000 glimmers with you as the spider will ask you to buy a strange item from him.

And, the strange item cost around 50,000 jerks destiny 2. Black market deals is also an alternate name of this in the game.

Thief of Thieves is a normal mission found in Titan. As you recently lost 50,000 glimmers for a strange item, Now complete a 650 power version of this mission.

This mission can be easily found on the map and plays exactly like the normal mission: Kill fallen supply thieves, track the beacon, kill the other thieves and defend the beacon from some waves of fallen. 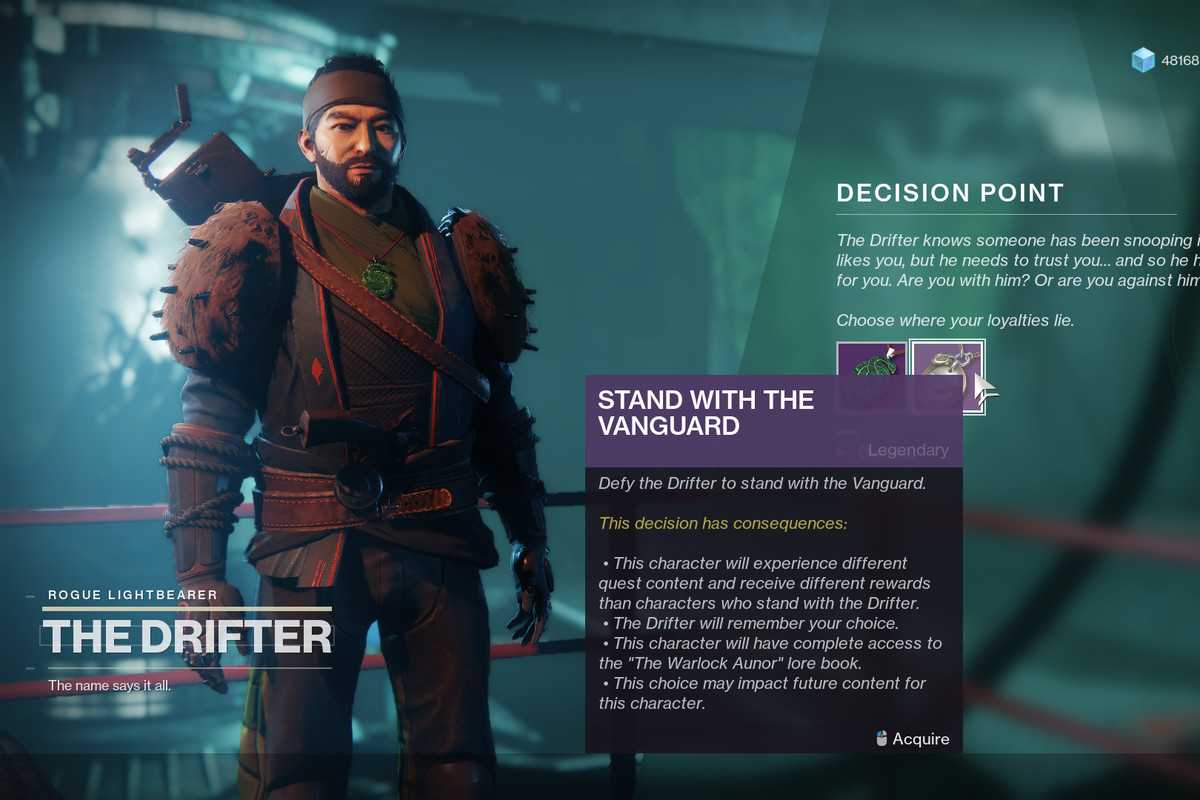 Now, here comes the fun part. The drifter will ask you to kill 25 guardians after you successfully complete the Thief of Thieves adventure. It is time to start shooting, So gear up your favorite PvP.

Collect Ration and Fuel from Cabal and Vex Strike bosses

Now, in order to get Fuel and rations, you will need to defeat and kill two Cabal and two Vex Strike. It is efficient to play selected strikes to avoid the risk of running into Hive or Fallen bosses.

The Arms Dealer Strikes is recommended to kill the Cabal Boss and The inverted Spire Strike is advised to kill Vex Boss.

After gathering and completing all the missions, You will receive the invitation from the drifter to visit Derelict (His ship). Now, Load the game by selecting the Mystery and Potential icon. After loading, you will be free to roam, Look to the ship.

Follow the Linear path to reach the Drifter. After reaching the Drifter’s den, you will find the hidden message, first of eight. 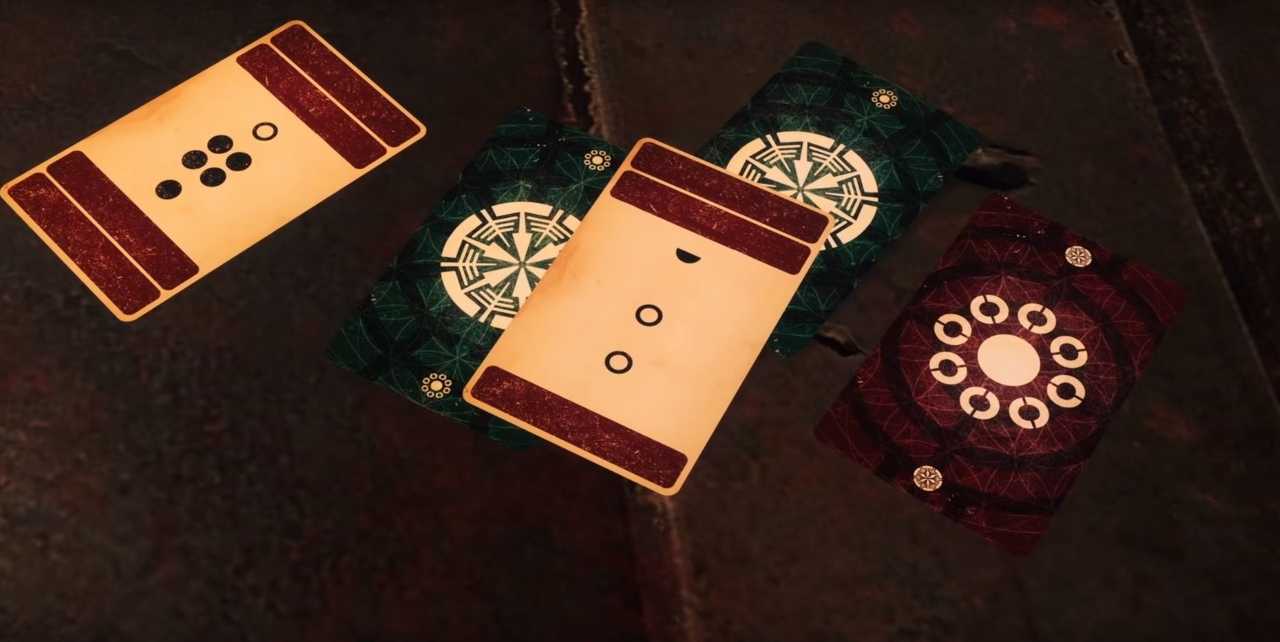 After finding the first hidden message, go back to the drifter and he will ask you to roam and find the other seven messages.

This is one of the most time-consuming steps in Destiny 2, But if know about the locations in advance then it will be the quickest and easiest step to do in Destiny 2 Drifter Allegiance Quest.

Go to the Trostland Landing zone and look for the pile of rubber off on the left side. Reach there and find a doorway near it. Inside of a doorway, you need to find a computer which is hidden in the dar. 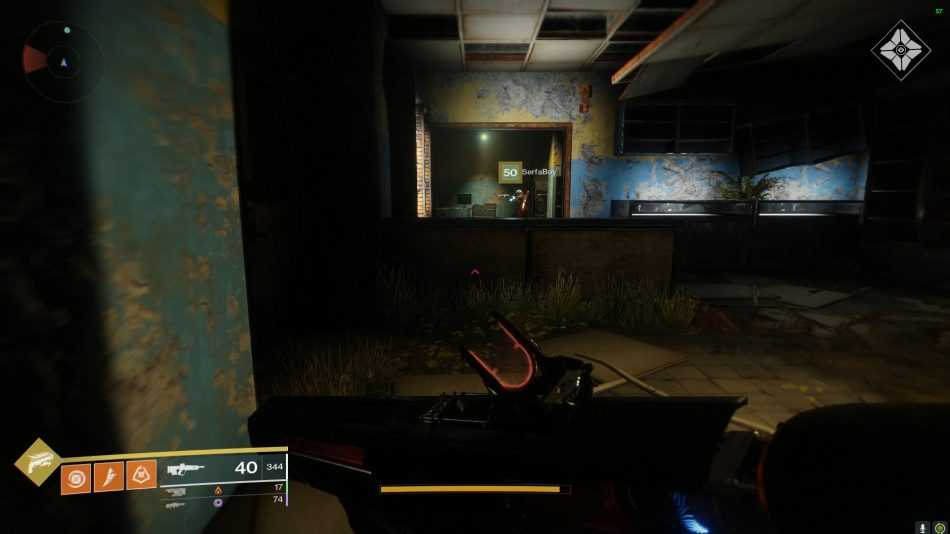 So, it is better to find a dark area and you will get the computer there.

From the landing zone, drop down the central tunnel inside the ship. Now, just follow the path until tp reach the Sector boss room. You will find a terminal there. Press E to read the hidden message. Are you looking for the Perfect Paradox God Roll – Destiny 2? 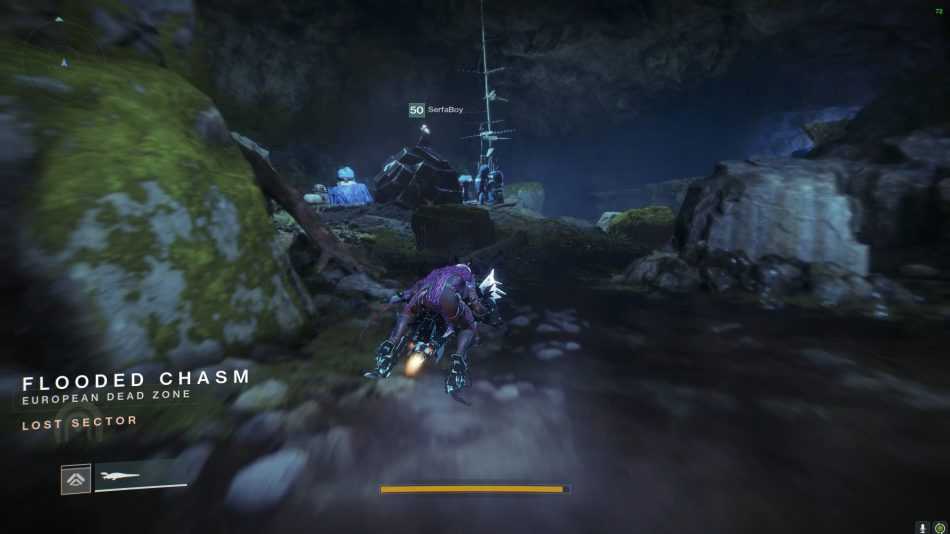 Visit the Gulch and head east. Find the flooded charm lost sector on the right side. Then, follow the path to reach the cave. Roam free and find the Fallen terminal near the cabal drop pod.

Note – The cave is full of Cabal and Fallen, so make sure to stay alert and kill all the cabal and fallen. 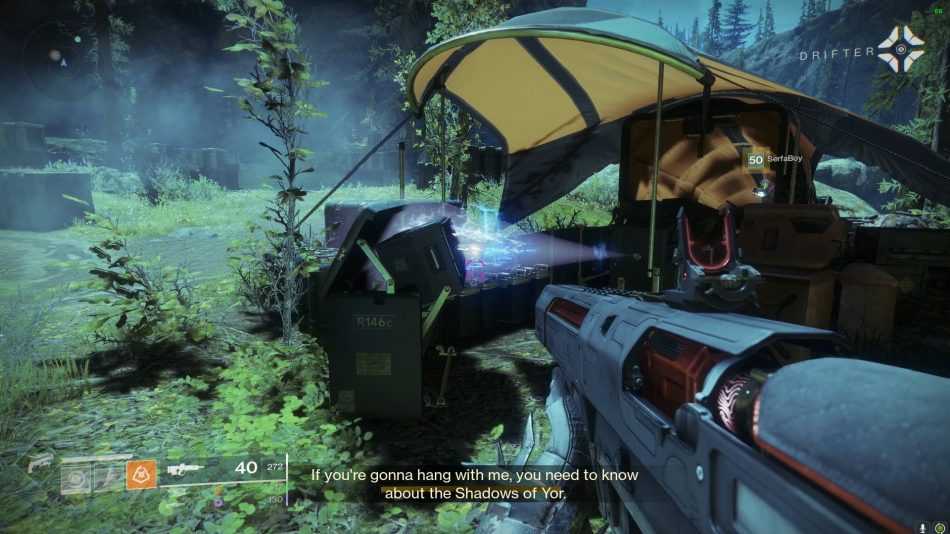 Again, go to trostland landing zone, now go towards to outskirt and move forward south. You can see the Soujourner camp. Go inside the camp and you will find the computer.

Press E and read the message but make sure to defeat all the opponents, otherwise, they will kill you within seconds. 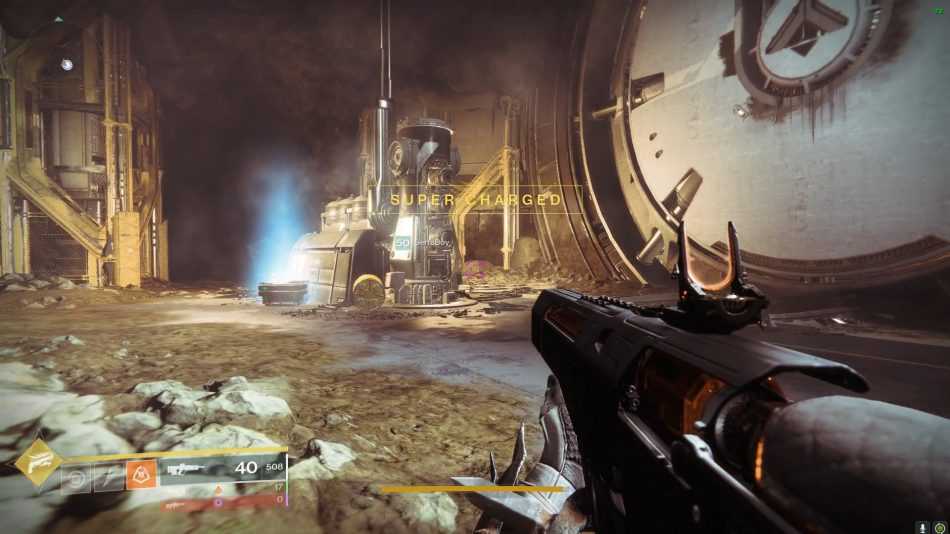 You can reach Excavation site 12 by going to the right side of the wall connected to the Firebase Hades area. You need to hug the wall in order to come to the cave of cabals where you will find the hidden message.

After going inside the cave, go along with the road and search for the loot case. You can find the terminal behind the loot case. 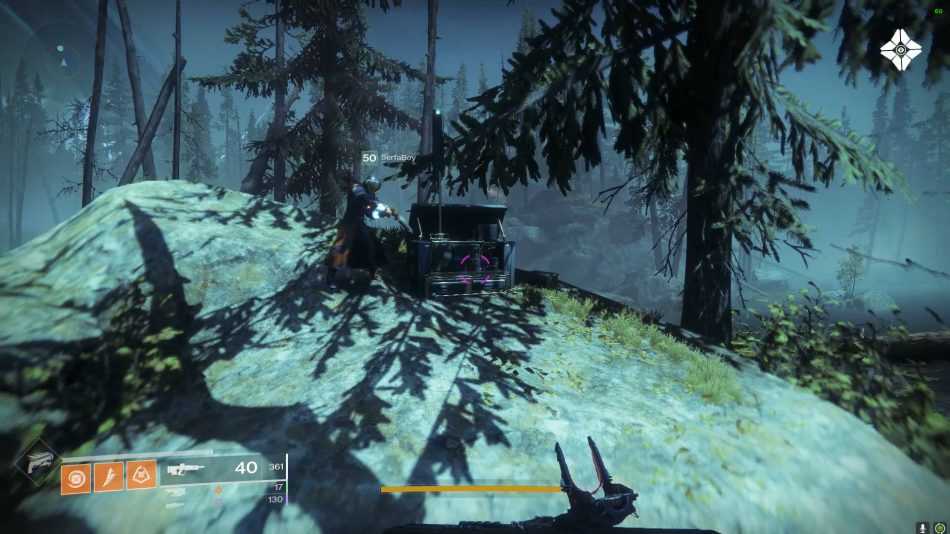 The winding cove is the simplest and easiest message location to find in the game. You just need to reach the Winding Cove landing zone and you will get the terminal right standing over a rock.

Again, you need to visit the outskirt and you can find the Scavenger’s Den Lost sector on the right. Follow the path to reach the open cave. Go inside the cave and search for a crate with a purple tarp. You can find the terminal on your left from the crate. Are you looking for the Gnawing Hunger God Roll Destiny 2?

1. What is honor among thieves’ destiny 2?

2. Is it mandatory to gather all the hidden messages?

3. Why do you need to complete Theif of Thieves?

As you purchase a strange weapon for a whopping 50,000 glimmers, you probably need to recover some glimmers. Therefore, it is also mandatory to complete the Theif of Thieves adventure to gain some glimmers, and also it is a part of the drifter allegiance quest.