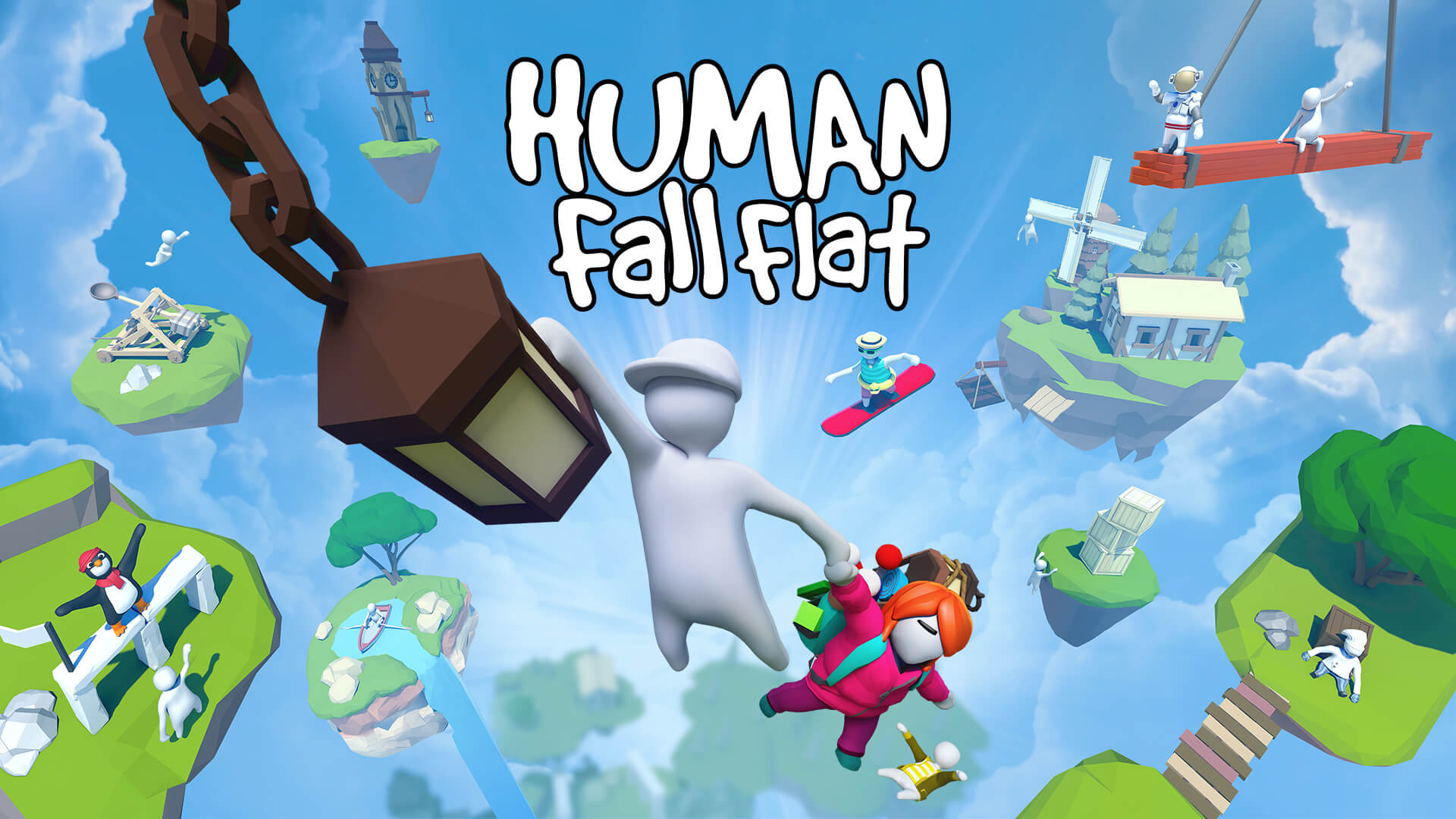 When the game was released five years ago, it wasn’t cross-platform at all, but after five years of success, is Human Fall Flat cross play in 2022 or not, and if it’s cross-platform, then among which devices can we crossplay it? All these questions are answered in this guide.

Human Fall Flat becomes too much popular in 2021 which continuous to 2022 and with its popularity, everyone starts looking whether the game is crossplay or not so that they can start playing it with their friends on cross-platform.

This game is available on PC, Xbox, PlayStation 4, Nintendo Switch, Android, and iPhone devices. But is it cross-play or not between all these devices or is it partially cross-platform, lets find out.

So without wasting more time, let us get to know our answer that is Human Fall Flat cross platform in 2022 or not. Let’s get started.

Yes, in the recent update, the Human Fall Flat is made Cross play in between Xbox One, Xbox Series X|S, and Windows PC. This was announced in the recent news made public by Xbox.com, you can read it here.

Also, Human Fall Flat is cross play between Android and iPhone devices as well. Other than that it isn’t currently cross-play in between any other platforms, but hopefully, it will be soon.

The game is made cross play between Xbox and Windows PC in the recent update in May, so it can be assumed that they will soon make the game cross-platform between PlayStation, Xbox, and windows but let’s not get ahead until any official news arrives.

Is Human Fall Flat Cross Play Between Xbox and PC?

Yes, Human Fall Flat is totally cross platform between Xbox and PC that means if you are on Xbox One or Xbox Series X|S then you can play with your friend using Windows PC.

Is Human Fall Flat Cross Play Between PS4 and PC?

No, Currently, Human Fall Flat isn’t cross-platform between PS4 and PC, and there is no official news for the same.

Is Human Fall Flat Cross Play Between Xbox and PS4?

Human: Fall Flat is a puzzle game where you play as Bob, an ordinary guy with no power at all. The game was developed by No Breaks Game and distributed by Curve Digital. The game was released in July 2016 and also won the Best Casual Game award by The Independent Game Developers Association Awards in 2018.

The name of the game character is Bob. You are Bob. You are not superman. You cannot jump, cling to walls, or fly over the obstacles you face in this game. This is not your typical platformer. 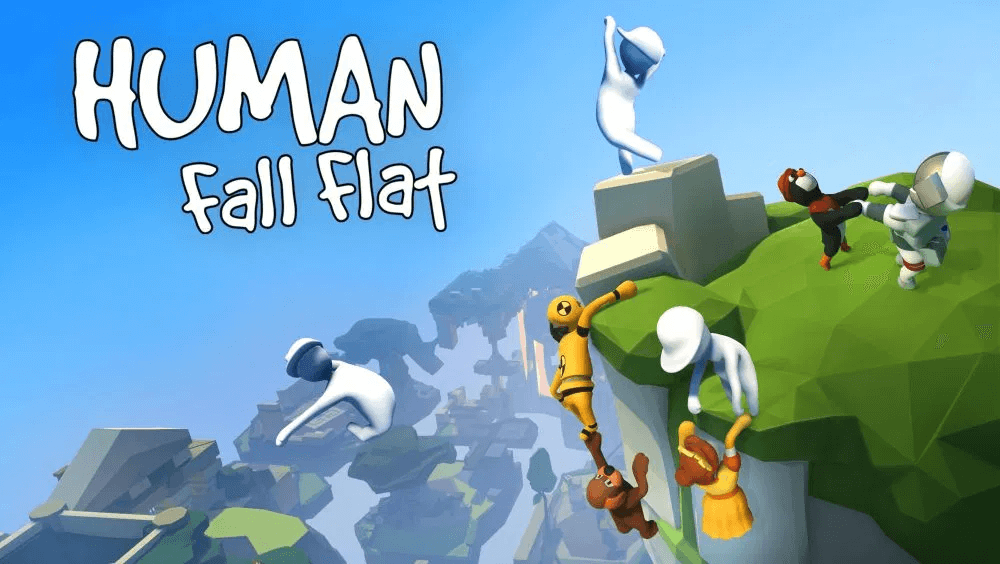 This game is similar to the famous game, Surgeon Simulator, where you control your character with two hands. The premise of this game is that Bob is trying to escape the facility or building where he was working. When starting the game, you need to choose between playing Bob, Curly, or Fall Girl. Each character has its own individual purpose in the game.

Bob’s mission is straightforward: get out of the building! Fans of Surgeon Simulator will feel right at home in Human: Fall Flat. The mechanics of the game are much like that of Surgeon Simulator; you move your character with the use of the WASD keys and interact with objects in order to complete missions. You can also crouch to reduce the damage you suffer when hitting objects.

The game is short, totaling about 30 minutes of each level (unless you choose not to finish it). This is probably due to simplicity; it is quite easy to die in this game, and there are no continues or retries. The puzzles range between calming and frustrating. Some puzzle games allow you to jump and try several ways, but it takes a lot of time to complete. It is difficult to figure out in the game, and some puzzles seem impossible. If you do not mind challenges in puzzle games and can tolerate their difficulty, Human: Fall Flat is for you.

If you feel that the difficulty is too much or there is no instruction in the game, it will be frustrating and make you think about giving up on this game. This game is like a roller coaster with ups and downs. You need to figure out how to solve the puzzles. The best way is to compare it to Surgeon Simulator, with a few twists.

In the recent update, a new 17th level known as Forest was recently launched in the update. Here is the preview of it if you haven’t played it yet.

Here are some of the questions asked frequently by the Human: Fall Flat fandom.

Yes, Human: Fall Flat is a multiplayer game. This game can have 1 to 8 players and it’s too much fun to play in multiplayer than in solo mode.

How Many Levels Does Human: Fall Flat Have?

There are now 17 levels in Human: Fall Flat after the recent update and soon there will be more by the end of 2021.

Can we Talk in Multiplayer Mode?

Yes, like any other multiplayer game you can talk with your friends in Human Fall Flat.

When Level 18 will be launched in Human: Fall Flat?

Curve Digital and No Brakes Games have revealed that an eighteenth level will be added to Human: Fall Flat later this summer. The new level will be based on Laboratory.

Hope we were able to solve your query is human fall flat cross play or not. The game has a long journey ahead and it will soon surely be cross-platform among all the devices. If I had to guess, by the end of 2021 we will see more platforms in crossplay.

I will update the post as soon we got any other official news from the game developers.